Over on the Chameleons’ forum, one of our members, Steph, posted a happy incident in which she’d complimented a stranger and had a very positive reaction. I think paying someone a sincere compliment is both great and yet, sometimes tricky.

I think it’s tricky because well, there’s A) a chance that you’ll get it wrong and offend, and/or B) that the person may not take the compliment. In terms of the latter, there’s the whole gig around what are they after?, are they hitting on me?, to I’m not used to strangers saying this! 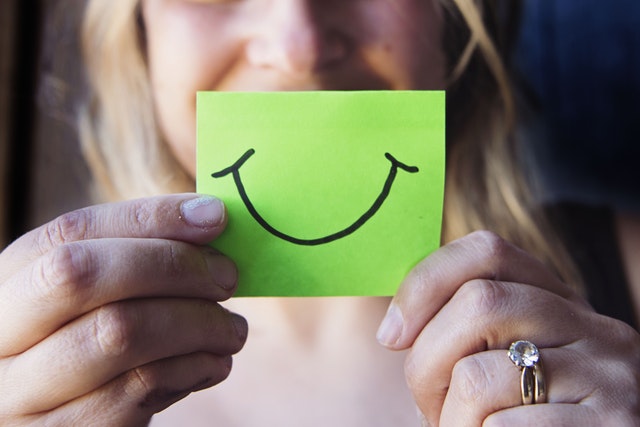 That last one – people saying nice things – is something I struggle with. With family, well, most of the time it’s good-natured teasing, so compliments are rarely directed when you’re a dad. Not that I mind and it’s not why we had kids. Children are, if you’ll forgive a brief diversion, both the most challenging and at the same time rewarding thing you may ever do. Both kids know how to drive me up the wall, but equally, I wouldn’t be without them; they really are an adventure. Mind you, maybe I’m saying that because they’re out of the baby stage and not yet in full teenage rampage. Ask me again in a few years 😀

Where was I? Oh yeah, I guess there’s a blurred line between saying thank you and a compliment. Take Little Miss or Wee Man doing something kind for someone or helping out, I’ll say something like That was really good of you do to that. Thank you! Equally, the Ever Lovely Mrs J gets nice things said because, well, she’s ever lovely. Not that any compliment isn’t earned, if that makes sense.

So when folk do say something nice about me – how they like my shirt – or someone at Chams, I try not to shrug it off and say thank you instead. The shrugging off isn’t that I don’t appreciate nice words, it’s that I’m struggling to accept them. Me not them, so to speak… but I do try!

As to saying nice things to others, while I’m not sure if it’s right, I usually say something like “may I say your blah looks great/fantastic/brilliant” where blah is makeup, outfit, nails, shirt, etc. It’s fairly generic, but it’s legitimate and doesn’t have that personal touch – unlike what the kids get – where there’s some feedback linked to it.

So in general just saying something nice has pretty much always gone well. A few years back I was out with my family shopping in Boots. The lady who served me had the most beautiful nails. Classy, well painted, with a length and shape that suited her. I said, “I hope you don’t mind me saying, but your mails look amazing.” She said thanks, I paid and took the goods, with nothing more of it.

Heading back to Mrs J, she asked: “What did you say to the assistant? She’s grinning like she’s just won a prize.” I took a quick peek over my shoulder and indeed Mrs J was spot on: said assistant looked most chuffed. I hope she enjoyed those words all day.

Likewise, if a colleague I like is sporting a fancy hairdo or is rocking a new shirt, I’ll mention it politely. Just a question if it’s recent and conversation rolls on from there. Not that I go around commenting on what people wear that would be rude. I have this blog to do that 😉 I am surprised on how people will happily talk about their new top or suchlike. Maybe it’s people taking an interest, but you may feel differently.

Due to being away there was no time to post a snap from last week. Now we’re back at home, there’s a chance to show Val’s photographic handiwork. Oh, to which I’m always grateful for, even if Muggins here isn’t always the best subject 😀

In the spirit of trying something new, I’m giving my re-cut wig (thanks Steph!) another run. It does take me a while to get used to new things, but I think I’m getting there.