I have something to confess: I’ve started Christmas shopping. Thing is, with two nippers, a lovely wifey and some indecisive in-laws, experience has taught me, it’s best to start early. Even with the blessings of rush delivery, or Prime, leaving things to the last minute, is not a wise move. No, lists are prepared, ideas jotted on scraps of paper, and evenings lost to the Internet search machines. Really, it’s not that different to finding the perfect set of heels, only I’m shopping for others. 😉

Having a mail room at work – yes, feel free to make a gag about a fe-mail room, if you like. I’ll just wait…. 🙂 – is you don’t have that faff of having to be in. Plus, when the parcel has the vendor’s name all over it, you don’t need to be Sherlock, to know who it might be for. 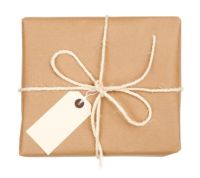 After two failed deliveries for some clothes the Ever Lovely Mrs J had ordered for herself – her mum and auntie will treat her for Xmas – I logged on and checked the alternatives. Last year, we started to get evening deliveries, which I though where a brilliant idea. Why have people drive around the country, to drop signed goods off, when most folk are out at work. What a waste of time and money! Sadly, most of the firms we shop with, haven’t yet provided to a box to say deliver after 5pm. Maybe one day, eh?

So, with the lack of us being in, and the delivery company removing the why not leave with a neighbour? option, I opted to try one of those electronic drop off boxes. I’d seen this wall of white paint and metal boxes, fixed to a not so far away petrol station. I’d mistakenly assumed (Ed: duh) that these were boxes you rented. Nope, instead, you tell the firm to drop there and they text you a release code. How modern! 🙂 I did struggle a bit as the machine crashed once or twice, but, I was able to collect the parcels, with not too much fuss.

As to my two parcels, they included two bodysuits. Yeah, I know, back to the 90s 🙂 I should point out neither where in a Buffalo Bill style, or one of those plastic ‘real femme’ skin suits. Larks, it can be the wrong side of cosy with shapewear and a wig, I dread to think of the water loss wearing a plastic suit. But then, maybe that’s part of the appeal. 🙂

One has lace on the sleeves and around the decolletage – or, “boob area”, if you’re in guy mode, currently. 🙂 That’s a little shorter than I’d like, but hopefully, some careful amendment with some additional material, plus sewing can resolve that issue. Failing that, there’s always the returns option, if I don’t fancy risking it.

On an unrelated note to the above, I spotted this video, on my travels around the Internet. It’s a clever little animation, imparted with some wisdom around accepting your looks.

It’s funny, given that as a trans person, I’ve struggled with having to accept that outwardly, I’m always going to look like a bloke. Most of the days, this doesn’t bother me and I try to avoid mirrors, or – even worse – video cameras, during my job. It’s not that my mug upsets me, it’s more that I don’t like to be reminded of how I look. Equally, on a Thursday, the mirror merely helps me get ready and a photo preserves the memory of when I was content with the final look.

Having watched the video, and I hope you will too, I found myself doing some of the things it recommended. Not around my own appearance, but that of others. As I’ve said to people at Chameleons, I don’t look at them and see their flaws. I look at them, and see what they’ve done well. Perfectly lipstick, being well dressed, cool nail varnish or toned legs. Sure, it may seem shallow, but another way to look at it, is to be happy for others. Sometimes, that positivity is reflected. Sarah, bless her, commented on my new wig and said I’d skipped having a fringe. I replied that I don’t like to show my forehead, because it seems, to me at least, that it’s this heavy brow man space. She took this and said, something about the lack of wrinkles and that my comments hadn’t occurred to her.

Maybe, if we’re looking for the best in others, we should also be a little kinder to ourselves and stop worrying. Just maybe, we’re the only ones looking, because everyone else is too busy worrying about themselves. 🙂

[ PS : I have, up until now, managed not to mention the attacks in Paris. I, like most people, found the events deeply upsetting. Like others, I felt pretty powerless in what I might do to help, or push back against such tactics. Perhaps, it is best to carry on. Keep doing what we’re doing. Yes, mourn the dead and try to stop such terrible things from happening, but don’t stop living. Keep going to concerts, keeping seeing friends, and live. I guess: don’t let the b*stards grind you down ]