Hey nonny nonny, another week goes by eh? 🙂 I don’t know why that particular phrase is in my head, but sometimes it’s best not to question why, and just get on with it.  What can you look forward to (!) in this week’s fun packed episode? 🙂 A bit on shopping (more chin stroking than purchasing), earrings and head hunting.

The challenge this week was to talk about high end or high street. There’s a couple of reasons why I’m more high street than high end.

I’m partly Scots, so the concept of paying a lot of money for something, that could be bought for less, rankles somewhat. 😉 At least, that’s the stereotype. I don’t think Scots people are tight fisted, they only buy drinks for the people they like 😛 Jokes aside, I think there’s an element of truth in the initial statement. Why spend more, when something that costs less serves the same purpose? Yes, there is a break point with this. The old cliché about buy cheap, buy twice can ring true. For me, what I buy needs to meet a particular quality level. It has to look right, work right and feel right. If it breaks that triumvirate of use, it’s a no from me.

Price is a factor. Not just for the comedy reasons, but practical too. There’s more than just me in this family and I feel it would be wrong of me to splash out on fancy things, rather really, I’m not going to wear or use very often. That said, it doesn’t stop me looking at some items (Desigual, for one) and thinking how lovely said pieces are. Would I want to own something? Maybe one day, but for now, I’m happy to enjoy what I have and be thankful. I remember reading the line it’s what you don’t have, that makes you unhappy. It’s not marketing doublespeak to get you to buy more, but more armchair psychology on if you concentrate on what you don’t have, you’ll not enjoy what you do. I am, from a family, home, social and – dare I say it – work point of view, very rich. Maybe not in the loaded sense of the word, but I have a lot to be thankful for.

There’s also the element that I don’t really like the look of high end items. I’m not one for a flash car, or super-fancy shoes, or the latest all-singing-all-dancing gadget. I would much rather than a couple of really lovely tops, skirts or shoes, than I would one expensive outfit. I would be dreading wearing the latter, in case I spilt something on it, or damaged it in some way.

That said, I’m not a quantity versus quality person – especially when it comes to food. Sure, I like to leave like I’ve eaten something, but I would rather eat less of something really tasty, than chow down on less interesting bulk.

No, not Lord of the Flies, more the corporate definition – and not the cyberpunk one either 😉 Like a lot of modern folk, I have a profile on LinkedIn. It’s useful for seeing how ex-workmates and business contacts have got up to. My CV details are on there because I know recruiters do look at LinkedIn from time to time.

I was quite surprised to get a telephone call from a recruitment firm. The gentleman calling was saying that he had a couple of jobs going in a technology I specialise in. Such roles don’t come up very frequently and he said that looking at my experience and skills, I could be a good fit. So, we chatted for a bit about the role and I spent the first part of the afternoon tweaking my CV to highlight said skills.

I’m not desperate to move, but if it’s the right job, who knows? We are going through a reorganisation at work, so everything is a bit up in the air. I’m not 100% happy with where I am career-wise, so I guess there’s a decision to be made about pinning my hopes on a new role at my current employer, or jumping ship. The benefit of the latter is that it’s a foothold into industry and consultancy. Something I’ve wanted to do for a while. That said, I like my work/life balance, and where I am, is very family friendly. I think it’s worth a go and who knows what may happen. 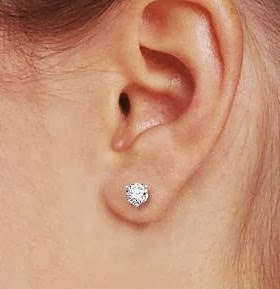 By a strange turn of conversation, the Ever Lovely Mrs J and I were talking about earrings. It came up as Little Miss was dancing in the living room, wearing a peg on each ear. Cue a conversation about when it best for girls get their ears pierced, when Mrs J had hers done and the fact that I’d not done mine. I could have in the 90s, but where I was from, the blokes who did had shellsuits and footballer perms. That put me off, which is a bit daft, because as a rocker (grebo?) I would have been okay, and I’d have been sorted for trans stuff later on.

Anyway, Mrs J said that if I had them done now, it wouldn’t be so bad. She suggested that if I was going to, it would probably be best if I staggered when I did them. I was surprised by this revelation and I’m not 100% of my feelings right now. Part of me things it would be very nice to have a wider choice of earrings for Thursday, but at the same time, I’m always conscious not to ignore Mrs J’s feelings. Something to think about and who knows, maybe I’ll be lucky.

Oh, before I go. My sister posted a video called I Had a Black Dog, His Name was Depression. It’s an animation of images from the excellent book of the same name. Even now, I find the drawings and narration wonderfully moving and – having been through depression and survived – I can’t recommend it enough. Enjoy.

So, I don’t miss my Black Dog. He was with me for a while and he brought me low. Through the help and love of family and friends, I realised I didn’t have to let him rule my life. I could – as the video says – play my own tricks against him and each little victory became a little longer each time.

Just listening to the words from the film, it brings tears to my eyes. Not because what happened to me, but that the Black Dog is gone and for that, I am grateful.