So, the cusp of December already. Well, I say already, it’s been a while since the last one, (Ed: a year, Lynn. Twelve months, you numpty), but it doesn’t seem long since it was Christmas. Still, we’re just about done on the Xmas shopping front. Just a fair bit of wrapping to do and ensuring the stash remains safely away until the big day.

Part of me has a slight worry that one day, Wee Man or Little Miss will rummage through the cupboards and find my other wardrobe. Okay, so to speak. Actually, my other clothes are at the other end of my shirts and whatnot. I guess it’s more the collection of shoes, the wig and make-up that are in the spare cupboard near my computer. I guess we’ll cross that bridge when we come to it.

Curling up with a good book 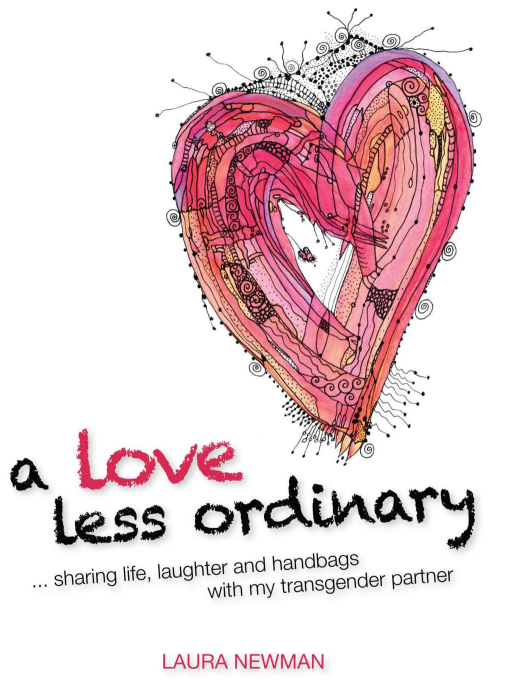 That sort of brings me on to a book I’ve been reading: A Love Less Ordinary. It’s by Laura Newman, the author in question and also of Angel & Princess blog and Marie Claire article fame. The book is about her relationship with Nicci (her partner who happens to be trans), but it goes deeper than that. It covers why a previous relationship didn’t work out and why she decided to do something about it. It is to do with living a trans person, but very much not in a negative, nor a blinkered way. It’s moving, it’s funny and it’s informative. I found myself nodding in agreement and as you can grab it now via the Kindle store, you’ve really no excuse, but to treat yourself 🙂

I’ll try not to spoil it, by adding a few items that I enjoyed. Other than Laura and Nicci’s love for each other, there’s talk about a no censorship pact between each of them and how that’s working out. There is also a part about how Nicci was outed (I can relate, albeit on a much smaller scale) and how Nicci then chosen to take charge of her own life and roll with the punch. It’s inspiring stuff and the book is also peppered with comments by folk from inside their social circle. It is neither doom-and-gloom nor happy clappy; but balanced. There are comments from people who don’t understand and yet, they go on their own journey and learn to accept Nicci for who she is, rather than what she is. Like I said, a good read.

In other news, Petra seems chuffed with her two minutes thirty five of fame on Our Different Journey. I’m waiting on a few folk to supply their answers and snaps, then a few more should pop up over the weeks. If you’re interested, there’s a contact form on the side of this blog. Failing that, there’s the site itself.

I also had a telephone interview for a job today. It all kicked off following an email from an agency, after they saw my LinkedIn profile. Truthfully, that’s the only reason I joined up to that site. 🙂 Anyhoo, it seems that the job in question is rather different than how it had been spun to me by the agency. That and there’s some…. discrepancy… over interviews too. It’s all making me back off and chuck into the mix that the job is very much hands-off / non-technical to boot.

Yeah, the money is a little better than what I’m now. But as I was saying to a friend, I’m not badly paid (although I’d like a few bob more LOL), so it’s not so much about the cash any more. It’s more about the feeling of being valued, the working conditions and the fit with my family. Currently, yeah, there’s little in the way of progression, but I work with a good bunch of people, I’ve got some input in to how I do things, I get to manage my own workload and the hours are pretty good too. I guess it’s the combination of all those factors that makes leaving hard. Then again, it’s not like I’m deeply unhappy, so as Mrs Jones said, don’t rush in.

I am fairly cautious by nature – which is good when you’re responsible for a computing environment like ours  – but it also slows me down socially and career-wise too. Chuck into the mix that I once jumped from one job to a rather bad one about a decade ago. I guess I should have listened to the warning signs, but hey, lessons learned! Still, as we talked about with the trans stuff, if I hadn’t have had that sh** job, I wouldn’t have got the ones that have lead me to where I am now. Plus, I doubt I’d be quite the same person. So, bad times doesn’t always mean bad news. I guess it comes back to how you deal with the hand you are dealt.

Righto. Feet up, it’s the weekend and pretty much gin o’clock! 🙂