Apparently, it was IDAHoBiT the other day.  A day to push back against homophobia, biphobia, and transphobia. Ideally, we wouldn’t need a day to remind certain folk not to be, shall we say, a little less accepting of us, than we’d like. But, hey, 50% of the human population is female, and we’ve still not quite cracked the idea of treating each other equally. Humans, eh? 🙂

Skipping back a few months ago, I was surprised to receive an invitation to give a talk about trans people. Or, more particularly, the work – if you can call it that – Nottingham Chameleons does for the Nottinghamshire trans folk. I say surprised because to be invited back means I can’t have behaved that badly when I was there. 🙂 So, reasons to be positive eh?

I managed to juggle some time between meetings and those yes-I’m-still-enjoying-them-training-sessions, to… ummm… give another training session. This time, the event was a little more personal. I did say, as before, that I can’t speak for authority for all trans people. Much as I may occasionally want to know what goes on in the head’s of others, realistically, I can only say hand on heart, what goes on in mine. I can generalise, but it will always be that.

We were a little late starting, as I was in the crowd of attendees, and the organiser slipped out to see if the guest speaker – Muggins, here – had turned up. After some confusion and some polite laughter, we started. Apparently, I wasn’t supposed to make any political gags, given that it’s the UK Election. Still, it’s not like we have any Right Wing media establishments who aren’t in need of polite satire…. 🙂

I started with around 12 slides and as the questions came in, I abandoned my planned script, and just improvised through it. I covered some of the terms we use, some of our trans history and how the language had changed, as the trans community had changed.

The audience were engaged and asked some interesting questions. One asked how she could broach the subject with some of her very religious colleagues, but not cause an arguement. Some around not saying the wrong thing, some around clarifying what I’d meant, and also what would I, as a trans person, like to see happen next. 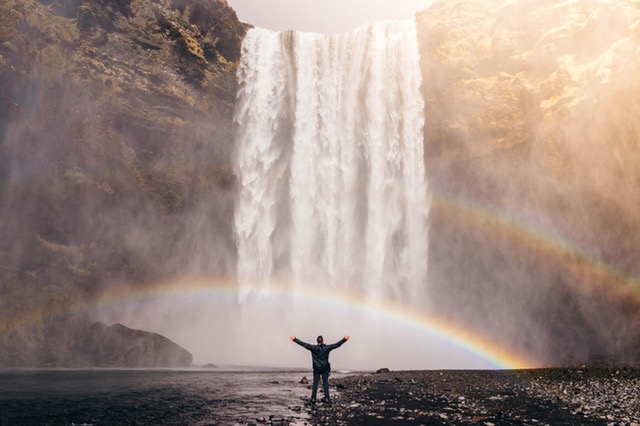 As I heard Erasure sing in the car ride home – really, they should sort out their own transport 🙂 – my answer would be, A Little Respect. Enough for us to just be who we are. To be able to go about our working and social life as we like to appear, and just be.

I think I was pushing on an open door with this audience, and I hope they can take the message to others and keep the acceptable vibe going.

Maybe one day, we won’t need a day to remind folk not to discriminate. Wouldn’t that be good?