I read the other day about a young trans lady, who’d had a disagreement with a journalist. Not so much, white is black, etc, but, perhaps a disappointment in the Trans tropes that were rolled out. Rolled out, on a seemingly all too frequent…umm… well, frequency. 🙂 Struggle. Dysphoria, Being trapped in the wrong body, etc. 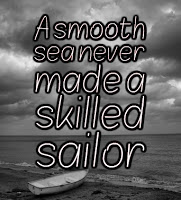 Doesn’t pretty much everyone struggle at some point? Yeah, we could play the Pain Game, or take the piss with a First World Problems meme, but I won’t. A good mate of mine, who’s not trans as far I know, still struggles with his depression. Through some coincidence, we both seemed to fall under the spell of the Black Dog at the same time. Whatever his reasons are – and while I expressed interest as a friend, I didn’t pry – he’s still not broken free of it.

A friend of Wee Man, he is out of school and on some serious pain medication, given his various disabilities. Not that they hold him back. He still gives life a bloody good go. He just has to watch he doesn’t overreach, because that’s when his illness gives him a kicking.

An on-line friend, she’s signed off on the sick, following a nasty fall at work. The idea that she’ll never be able to return to nursing, has deeply upset her. Much as I joke about an early retirement, it’s another thing to be ‘retired’ and have to scrimp & save, to get by. The old joke of “as long as you’ve got your health, eh?” doesn’t have quite the same ring to it.

The Ever Lovely Mrs J once had a job, that treated her so badly, she would cry on the Friday night, knowing she had to go in Monday. Mrs J does not cry easily. She is as tough as she is beautiful and clever. Quite a dangerous mix, but more on that another day 🙂 BTW, she quit that job. Money is not everything. Your health and mind are worth more. It wasn’t easy with one wage, but it was worth it, to see her happy again.

Earlier this year, I met with an old school mate, who was bullied terribly at school. He has done well for himself and is a good man. I look back at those who picked on him, and they’re living in a dead end town, doing very little. Little other than looking down the end of a pint of beer, or worrying where their future went (as one of them told me, not so long ago). Karma eh?

Where an I headed with this? Perhaps the trite phrase of Life is Pain. Okay, some of life, is pain. It reminds you that things hurt and hurt, if possible, is best escaped. We all struggle, but we keep going. Some of us are kind enough to help others, keep going. Play it forward. Be excellent to reach other. All the good stuff.

So, in a roundabout kinda way – and I don’t mean traffic assistance or rotaries, for the American readers – everyone has crap they have to deal with. Sometimes, you just don’t need to hear it…. or read about it, for that matter. That’s not to belittle a person’s journey, ignore what they’ve done, or dismiss what they’re going through. But, our pain, if you want to call it that, may shape us, but it doesn’t define us. We, all of us, I think, are more than sob stories or hard luck cases. We grow, we learn and, sometimes, we get to put it behind us and live. So yeah, ease up on the boo-hoo and if you’re going to tell a person’s story, start with letting them tell you.