Well, how was your Christmas? I hope you had a pleasant one and that all went well. This year, we had somehow managed to duck much of the travelling and instead, the extended Jones Clan came to our little house. I could have said …on the prairie, but moor would be closer. 🙂 We are far enough out of civilisation to be in werewolf country, but at least it keeps the door-to-door sales people on their toes.

So we swapped travel for the frenzied activity of cooking and preparing enough food. Honestly, I need to think about cutting down. Not only did I get a new postcode for Xmas, but I no longer feel safe swimming in case there are any Nordic ‘pet food’ manufacturers boating nearby. Sorry, I said pet food, I did of course meant to say scientific research stations. :- Moving on! All of the family visits went well, with plenty of good cheer, laughter and nom-ing our way through the tasty treats the Ever Lovely Mrs J had put together.

The kids thoroughly enjoyed opening their gifts and the Ever Lovely Mrs J enjoyed hers. I think most of the gifts were just about spot on for everyone – certainly no unhappy faces. As to Muggins here, I did very well, with some choice DVDs, a graphic novel (Batman), some wash products (and make-up remover LOL), choccies and some nice (bloke) clothes too. A very good haul, all in all. 🙂

The only minor dark spot in all of this Christmas cheer was the unwelcome shadow of bigotry…. from my own sister. We were have a chuckle about something-or-nothing at my Mum’s over a cup of tea – so middle class and British, I know 🙂 – and then for some reason J. said “Bummers aren’t natural. They shouldn’t be able to have kids.”

What? Are we going for double points on moron-speak today? Well, technology and modern living isn’t natural either, so what’s your point? You know what you’ve just said is completely unacceptable, Sis.

Cue a rant in A Flat about how I lived in a pink fluffy cloud (It’s cute and warm, what’s not to like?) and that the rest of the thought like her. Yeah, well, even if they do, which I doubt – it ain’t right to say such a thing and it’s not true either. ‘Natural’? FFS.

Honestly, I wondered if this was a some somewhat twisted version of a hidden camera show for a moment. Where did this vitriolic hate come from? :- I asked her if it was acceptable for people to ‘hate’ on her – as they (allegedly) did in the 50s/60s – over being a single parent, being unmarried and having multiple kids by an unmarried man. Was that right? Would it be okay to judge/disrespect her like that? Of course not… Not that she got the point. Maybe I didn’t help by saying she was on the wrong side of history and a bigot – whoops! 🙂 – but Mrs J stepped in to draw the conversation back away from finger pointing and keep it civil. Even J’s boyfriend – a closet liberal? – stepped in to argue the case for acceptance.

Funny, or not funny – depending on your point of view, I now get why J’s daughter is the way she is. Stephen Fry once made a joke about the dangers of passive bigotry and that wry comment has never seemed (sadly) more appropriate. Wow, am I glad I didn’t think about coming out to her last summer, after we chatted about eye make-up in Debenhams. A lucky escape? There’s a thought.

Pah. Wigged freak terrorises Nottingham. Wait until they get a loada me…. 🙂 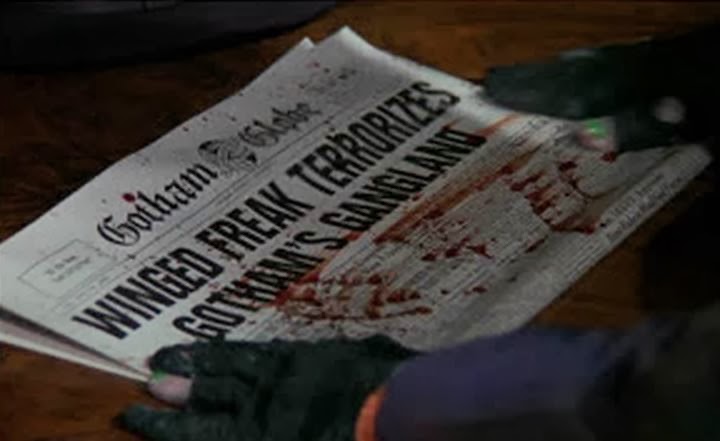 On to more pleasant things…

New Year is not quite here, so this is the lull period – not that we do much for New Years. It’s never been a big thing and now we’ve got kids, it’s a good excuse to stay home, have a tasty hot choccy and generally kick back. Mrs J asked me about New Years Resolutions and… well, other than trying to be less grumpy, I’m not really into them. Actually, that’s not true. Pandora suggested a memory jar – Lord only knows I’ve lost mine! 🙂 – which you write PostIts of the good times and store them up. I think I’m going to have a go at that. Even if it’s virtual, I think it sounds like fun. 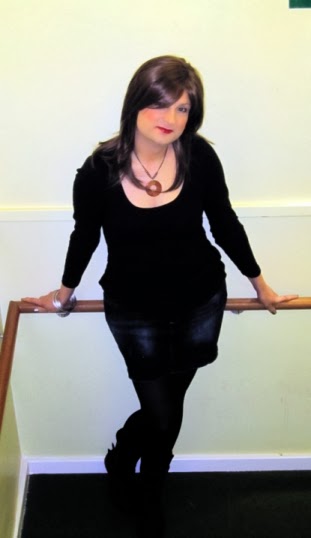 Talking of looking at the bright side of things, I’ve had nearly two weeks off. Sure, my job doesn’t (currently) thrill me, but maybe it’s time to look at the perks, rather than the negatives. I think I’ve managed – through help and love – to send the Black Dog away. That’s surely something to be thankful for! 🙂 Wee Man and Little Miss and Mrs J continue to fill me with awe, joy and laughter. I’ve switched from mid redhead back to long black and just this month, I had a piccy taken that made me feel like I’d finally got my head around everything. What a great way to end the year!

Oh and I’ve got a Blogger Challenge to do next year too. Something to look forward to – or not, depending on how you look at this prattle 😉 Talking of blogging, somehow I’ve managed fifty two posts this year, so that’s one a week. Not that that’s anything to crow about, it’s more a personal goal to keep going.

Happy New Year and I hope 2014 brings you luck to you and yours. Thanks for reading and I’ll see you in the future. 🙂