It’s odd this blogging lark. I’ve pondering writing this entry for a little while and, I’ll be honest here, not one of the opening starting with a sweeping musical score, birds singing gaily in the trees (birds don’t have an issue with silly marriage exclusivity rules apparently) and bring sunshine dappled across the the rolls hills and forests. No, most of them where the pounding crunch of flat boots across the gravel of bones, the swish of a dark cape and a fanfare of sonorous brass….

Bugger. Even my darker moments are camp. 🙂

So, what’s the big deal? The Drama Du Jour? It all seems a bit silly, but then – as I’ve said elsewhere – emotions don’t make sense. They are feelings and much as my Spock-like Virgonian nature may say ‘head rules the heart’, that’s not true. I do worry, and – if I’ll ever get to the point – I’ll let you know why….

This Friday was Invasion. A number of friends were off out, it’s a sort of trans Xmas do and it was the last hurrah of the year for being fabulous. So, I made arrangements to go and off I went. So far, so good. The Ever Lovely Mrs J wasn’t 100% pleased as I’d gone out the week before and the night before – when we were out with friends – I had stupidly forgotten to arrange someone to cover my Out of Hours phone. Yes, that was my own stupid fault and I felt awful for not having done this. Of course, being a wise chap, I did what most men do in this situation: I had a mardy about it for ten minutes (translation: a bad mood). Very mature… not. :- I embarrass myself sometimes, but all was sorted out and much fun was had by all.

Cue forward to Friday night and I’d promised to give Isabelle a lift into town – as it was to be her first Invasion. I found her house okay and we had a pleasant chat before getting changed. I’d made a mess of my chest, so it was time for a high neck number: the pink skater dress, my star pattern tights and favourite studded black heels. Rock on! 😉 We bid goodbye to Mrs Isabelle (so to speak), loaded my little car up and headed off into the night. By luck, we managed to park near to the venue without any trouble at all. All was going well.

Now, my stomach wasn’t really itself for the last day or so – too much rich food? – so as we wandered up the hill to the pub, there was a feeling of Something Rotten in the State of Denmark. I don’t mean the smell, honestly! More… a disturbance in the Force. 😉 I decided to ignore this and plod on. (Ed: when will you learn!?) The pub itself was pleasantly busy. I had a lovely long chat with Gaynor (who I’d not seen for ages – nearly a year?); Maddy (looking fab), Sam (rocking a Robocop’s Ugg boot, but she’s up and about); Rachel (life’s on the move), Jenny (hello and state of the union etc) and introduced Isabelle to a few folk she may not have bumped into. There was no sign of Tanya, Sasha or Amanda but I heard they were due in later on.

After that, I think I was reaching gut-con one. Now, here comes the tricky part. :- I know I’m not going to make the night – I’m feeling rougher than the proverbial badger at this point. I’m conscious I said I’d give Isabelle a lift home and be there as a friendly face. I also had something to had over to Amanda (an eye pencil I won). I really didn’t want to go and yet, I also knew that being 100%, the best thing would be to get home and rest.

So…. with a heavy heart – who says I can’t do drama eh? 🙂 – I made my goodbyes and headed for home feeling cross, embarrassed and angry. My problem is, I felt like I let someone down and I hate doing that. I’m angry at myself for letting this happen and I feel guilty for leaving a friend to make their own way back. Yes, Isabelle did say she’d be fine getting a taxi back – and it wasn’t a long haul home. But still….. Anyway, I’ve apologised and no doubt I’ll do that again in the new year. Like I saw, I hate letting people down.

I found myself chewing over this – as I sometimes do – and I realised this wasn’t doing my any favours. It’s not that I shouldn’t care, far from it. I think it’s realising that I can’t fix everything. Sometimes, you have to let yourself make mistakes and forgive yourself. At least, that’s what I’m working on right now. By strange co-incidence I saw this on Facebook: 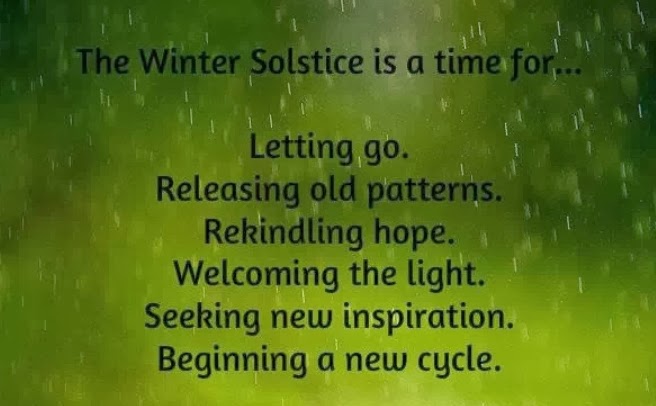 Regular readers will know I’m not particularly religious – of any faith. That’s not to say I don’t mind a bit of advice from time to time. So, after reading the above, I’ve been working on that. Letting go of the anger – because there’s a toxic emotion for starters. It really can eat you up. Hope? Look to a time when things will be better. Maybe I’m making a big thing out of nothing, maybe I’m not. I don’t know. Start a beginning by letting go of the past. Don’t forget, but do release from going over the same old sh**. Look to the light – not so much literally; I mean, you wouldn’t want to burn your eyeballs right? 🙂 But flippant gags aside, look for the good stuff.

Take today for example. The Jones Massive had a trip to to the park. The Hound got a walk, the kids got to play on the swings and the Lovely Mrs J & I had a cuddle on the bench. As I didn’t spend anything last night, I had some money on me. Just enough to buy us all a hot chocolate each and some sweets for the kids. A lovely little spell of Xmas magic.

Good times….. and if I don’t see you until the New Year; merry Christmas. Look after yourself and I hope 2014 is kind to you and yours. ♥