I was going to make a gag about being a day late, but the punchline seemed a little rude. I’ll leave it to you to assemble the rest. Hmm, no wonder the stand-up didn’t take off. 🙂 If you want a reason – rather than an excuse – the Ever Lovely Mrs J and I were enjoying a rare evening out together. Well, it was our anniversary.

I’d also like to say thanks to you all for reading and commenting on this little corner of the web. Oh, and also to those of you kind enough for what you had to say on this blog’s eighth birthday.

Put your feet up, mrs

Larks, it’s been busy these last few weeks. To start off, the Ever Lovely Mrs J managed to sort out a break for half-term. The first half was some much needed downtime at our favourite holiday destination. There’s no mobile signal and we love walking in the nearby woods, while the kids race around finding wands (clearly the Harry Potter books have had an influence) or building dens. All good family fun. The cottage has WiFi, so while we’re away, we’re as ‘away’ as we want to be. Not that I didn’t take great delight in setting my Out of Office. 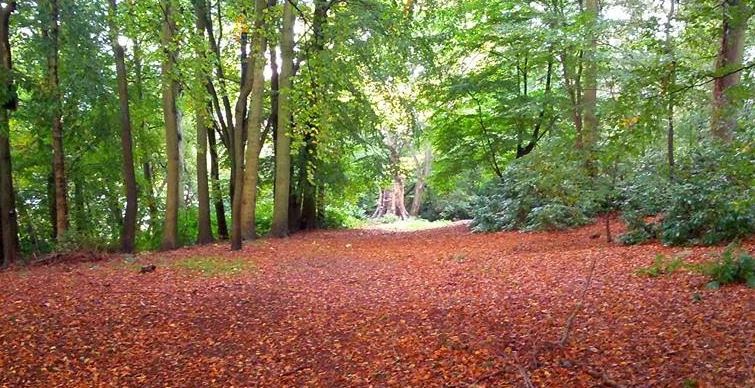 The days at the cottage went quickly and then we had a few days down in London. We had a hotel on the outskirts and then took the tube to see the sights of the capital. Neither the Ever Lovely Mrs J or Little Miss had been, and while Wee Man and I had, I was the only one to have been on the tube. So, a little adventure for us country folk. Luckily, we managed not to point or run screaming when the giant metal worm pulled into the station. 🙂 We even managed a spot – I managed not to say spell – in The Making of Harry Potter, which both kids loved. I took a few snaps and while they whipped about, we managed to slow them down enough to take some of it in. I enjoyed looking at the props, scenery and costumes. The talent in the creative staff is for me, somewhat mind-blowing. It’s funny, in that some items are on the screen for mere seconds, yet the time to create them must have been much longer.

I’m unlikely to ever cosplay, however, if I did, I do like the character’s outfit to the right, that’d be my choice. I’ll leave it as a quiz to see who gets who it is. 🙂 As a side note, it’s the kids’ Xmas plays soon, so no doubt there’ll be a call for some mug willing volunteer to assist in assembling suitable outfits. I think I missed my vocation. 🙂

The trans stuff – as you can possibly imaging – has been rather quiet. Being away meant I missed the regular Chameleons meeting, but of course, the good news is that with it being regular, there’s normally another one in a few days. What to wear? Well, best start planning. I believe we’ll be getting a visit from Glitz & Glam and the vendor will be bringing stock for us to buy. Yay! Shopping. 🙂

In other news, the local University has got in touch because they’re planning on getting their policies sorted out for trans people. That’s staff and students. They’ve asked if someone would like to represent Chameleons, or provide some material – flyers, handouts, etc – on the day. That would explain why the last hour has gone by while I knocked the old flyer PDF back into shape. Words, well, yeah maybe, but graphical design is so not my thing. If it’s not right, I can always give it another go. I’m conscious that getting one of our number to pop along may be tricky, but I’ll ask to see if anyone fancies it.

Paris Lees is also due to give a speech, so it sounds like an interesting event. I would like to go, although I do worry about being spotted. I am, after all, but a simple cross-dresser, and this is supposed to be all about transitioning (or at least, that’s how Personnel are selling it).  Yet, a little bit of me wonders if the trans policy forgets people who are trans, but have no interest in going full time? I’m happy being a simple cross-dresser – emphasis on the simple – and while I’ve no plans on going to work suitably attired, I wonder where CD people fit in the protection? Something to ask perhaps.

On another note, I met a new member of staff in the comms team and she wears more make-up than I do on a Thursday night. Not that I’m judging her. I wouldn’t like someone judging me in Bob or Lynn mode, so I won’t do that to her. Mind you, that’s not stopped some male colleagues from making the odd bitchy comment. Hmm, men eh? :-

No, it is more than I’m intrigued as to why she’d take that stance. From what I can tell, it is more fashion than cover up. A Facebook friend suggested it might be a confidence thing, and I can see that. I had to stop myself from asking about her false lashes the other day, how do you keep them on all day? I almost asked and managed not to. 🙂

Oh, Chams this week, so best start up the petrol strimmer. 🙂