Ooookay. Let’s hammer at the keys to pepper the white space with a series of letters. 🙂 I think it was around four-ish, that I commented on Facebook, that the Well of Blog Ideas was a little dry at that time. Which, then, was true. As often happens, unless I’ve got something up my proverbial sleeve, or some news to share, I do have to fall back to actually thinking about what I want to write about. Yes, shocking as it may seem, there is a plan to this ol’ blog. No, really. 🙂 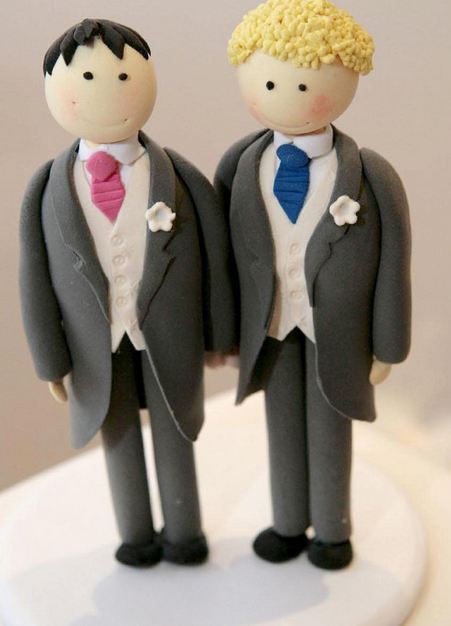 Or so said Peter Cook’s character in The Princess Bride. This week saw the first round of voting in the UK on allowing gay people to get married… and about time to! A few non-trans folk have asked why I supported this and after raising a brief smile from “well, in a choice between allowing a few folk to marry and the option to annoy the close minded aspects of the Church….” – I had to think about it. 🙂

The Ever Lovely Mrs J and I were married back in the 90s and it was a civil ceremony. Neither of us are particular religious, so it felt a bit odd getting married in a church. The thing is, that was our choice. Why shouldn’t couples – regardless of their sexuality – be able to have the same choice as us? Who is it hurting?

Thinking on it, I couldn’t see why not. It’s just something that I feel intrinsically as right. It’s odd that when civil partnerships were made legal a few years ago, I was a little surprised that marriage wasn’t allowed. Of course, there are a few folk who are still against the idea, but then that’s often the case with anything different. They’re entitled to their views on the definition of marriage, just as much as the rest of us are entitled to say it’s okay.

It also felt that it was time to allow it to happen. I mean, we – as a society – have come on a long way since the 70s, 80s and 90s. Sure, there’s still some room for improvement, but from my pink-lined-ivory-tower-with-massive-closet-for-hiding-in, things seem better. Indeed, they keep getting better. Perhaps that fits in to my disagreement with folk who don’t seem to want equal rights and who seemingly, don’t want – shall we say, atypical? – people going about their business.

I forget where it was, but Alexis made a comment about reading a blog in an accent. I’m pretty sure she meant reading this blog in an English accent. But, hey, don’t let me cramp you style. If you want to think of this as being written by The Count from Sesame Street (one! ah ah ah!!) or an angry Welshman who spent six years in Australia, enjoy! 😉 BTW, in all my travels, I’ve never heard a Welsh chap say ‘boyo’. Where did that come from?

Weak gags aside, I have a love of accents. I don’t know why this is, it could be variety, it could be the challenge of trying to emulate an accent or just simple human interest. With the case of emulating one, it’s not to do it in a mean way, although you’ve really got to watch it – and no, I don’t do it when folk are in earshot – because I don’t want to cause offence. I don’t ‘do’ ethnic accents either… mainly ‘cos that smacks of racism and it reminds me of bad comics from the 80s who’d get a laugh from “ooo, don’t those foreign types talk funny.” 😐 Perhaps the ‘ethic’ stance is a bit of a double standard. I mean, I’ll happily drop into a Scots or Irish lilt just for the fun of it. But then, as the Jones gene pool is rather varied; it’s more a tribute to the ancestors, than mockery.

As a kid, I had what some folk would refer to as a Cut Glass, or BBC accent. This wasn’t so much to do with being well-to-do – although we did have an inside loo 😛 – but more an insatiable appetite for television. Skip on to secondary school and once I realised well-spoken means not fitting in, it wasn’t long before I started to absorb some of the more…. colourful twang of certain class mates. Ahh, we’re back to that old chestnut of building a mask to hide behind.

Anyhoo, move on a few years and my voice is now…. mostly Midlands. A strong base of Nottingham, a dash of Yorkshire and an undercurrent of Lincolnshire. Funny thing is, unless you’re from these parts, you’d probably just hear it and think Northern Twit. 🙂 My voice, just like everyone else’s, does vary on who I’m with. Oddly, if I go to London (aka Dat Lunden 😉 ), I get more Northern. How odd. On the odd occasions, the Ever Lovely Mrs Jones and I have holidays in America, folk have asked us if we were Dutch or from Australia. Go figure!

Moving on, that’s me done for this week. I did think about making an MP3 of me talking, but having heard it back…. nah. Oh, no news on the gig front. I guess I better start ringing some people up if I’m serious about this.