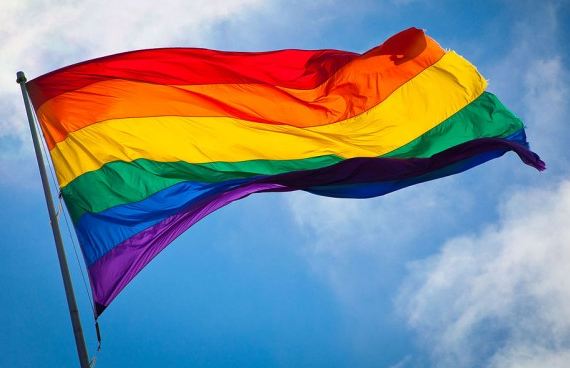 I’m not one to wish my time away, but I am glad this working week is over. It’s been a bit…. well, not stressful, but more a bit like herding cats. The old cliché about A Lack of Planning On Your Part Shouldn’t Constitute An Emergency On Mine. However, as we all know, things don’t work like that. You’d think, as a group of folk, allegedly heading in the same direction – from a business point of view – that we’d have picked this up as a good idea. Nope…. 🙂

Oh, minor news item: work was flying the QUILTBAG flag this week. I don’t think much is planned, which is a shame, but early days. At least it got a mention.

Nurse, he’s out of bed again


Not that I’ve been ill… well, except in the head and life would be dull otherwise. 🙂 Glib comments aside, this week I had a medication review with my local GP. I have…. been feeling a lot better of late. Certainly, the last seven months have been good in the whole lack-of-a-black-dog situation. So, having been on the tablets for some time – I think it may be two years, sheesh! – I felt it was time to take the stabilisers off the bike and wobble down the path of life on my tod.

Monday was the last 20mg dose I had and since then, I’ve been taking half a tablet each day. The doctor recommended staying with 10mg for a bit and providing I feel okay – so far, so good – try dropping to once every other day and taking it from there.

Despite a patch of confusion / muddleheadedness earlier this week, all has been well… which for me, is good news indeed. I think the latter was more to do with a poor choice of breakfast than anything pharmaceutical. Perhaps I need to go back to porridge in the mornings; at least it makes me feel full up until lunch. Any of this diet cereal malarkey and by eleven o’clock, my brain seems to pack in. A bit of choccy wakes the old noggin up, but that’s not so good for the figure. Well, unless I’m aimed for the figure ‘0’ 🙂


Continuing with the humour references, Tanya was kind enough to pass me a link to a local Comic Relief gig. It’s a stand-up… umm… gig and I’ve emailed in. I’ve got a bit of material stashed away and some topics for thought. My only worry – well, other than being awful – is will this have to be family friendly? Most of my gags are from an adult point of view (a few about depression, some riffs on trans things, etc). Best not worry yet as I’ve heard nothing just yet. Watch this space, as they say.

So a friend posted some piccies of her new ‘do’ earlier in the week. Do as in Hair Do. I know, the strangeness of English slang again. By a quirk of fate, I too had a haircut. Wow, this post is one of those really deep and meaningful ones isn’t it? 🙂 Look, bear with me, I’m setting the scene….

While said lady’s was rather nice, Muggins here opted for the usual option: skinhead. Now, in my youth, I’d have hated the idea of have my hair that short. From the start of my twenties up until my thirties, I had long hair; it stopped just below my shoulder blades. Partly it was a metal thing, partly ‘cos I liked it. It did take a little bit of looking after, but thanks to some helpful genes, it wasn’t in bad shape (or so I was told). I got it cut a little before I was thirty…. mainly because I was tying it up all day and riding a motorbike at this point. Plus, I didn’t want to look like an ageing rocker.

Also, I’d kinda worked out that having long hair didn’t make me any more female in appearance. Not that that was why I’d grown it. In all honesty, it was just that I just liked having longer hair. Is that trans related? I don’t know. Funny, in that having given up on giving up, I could get made up / dressed, but no matter what I did, the image looking back at me was very much me. Sure, I can see through the visual lies when I dress now, but I think there’s a very big difference between a guy having long hair and having a feminine hairstyle. Maybe that’s why a good wig makes such a difference.

I guess in an ideal world, it would be cool to have a haircut that would work either way, but in the main, I’m not that fussed and having very short hair means it’s one less thing to have to faff around with in the morning. Hell, I fail to have a shave most mornings. Welcome to Tramp Con One 😉

So what about you, dear reader? Are you rocking the long locks or wigging it up [#BadPun] these days?