There are times, and, I don’t know if you get this or not, but there’s a swirl of life’s events around you. Most of the time, it’s the general hubbub of minor stuff, then the larger debris of bad times, and/or good things. I think that if I’m not careful, that I can be too aware of the bad debris, rather than taking the time to enjoy the better things.

So it was with this week. A meeting with tw*t-of-the-week did not enhance my calm, as a famous film of yesteryear once suggestion. I’m not going to pick over the remains of that one, but I am going to look at the better part of that. Namely, a work colleague who stuck his neck out and kindly defused the situation. Yes, I did go a find said colleague and thank him later. What a top chap!

Funny, I’ve been keeping a private diary where I write down three good things that happen to me each day. It can be something as seemingly regular as sharing a joke with someone, having something lucky happen, enjoying a meal, or one of those bigger good times that happen.

Yet, and I guess I’m not quite walking the talk, in that I’m not looking back at what’s going well or what has gone well. Maybe that’s the idea, rather than just being thankful for the good stuff. 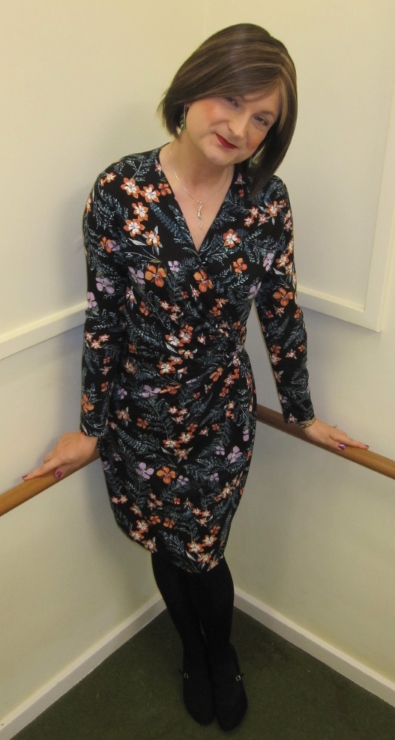 What’s been cool this week? Well, I had a great night out at Chameleons on Thursday. I had been worrying about what to wear (which really doesn’t help), but when I put on my dress, it all started to come together in my head. Perhaps I just needed to top up the fabulous tank and I’ll be good for a few miles more. Hmm, that didn’t sound quite so suggestive until I type that out. Stop tittering at the back! 🙂

Some of the Chams’ folk were kind enough to provide their stories on what they get from attending. This is part of us trying to improve our website and make things more personal. There’s a link here if you’re curious.

I received an email to say I’ve completed my coaching qualification, which was unexpected but very good news. The previous essay I had really struggled with, so when a double assignment came up in the summer, I was dreading the results. Yeah, there’s that negative thinking again. I must watch that. 🙂

The coaching training and feedback has been really handy when talking with new folk at the group or trying to use open questions to quiz people on what they’d like to do. Despite being a blogger – which takes a certain amount of ego, I think – I do like people and, maybe when all the bills are taken care of, doing something more supportive – counselling, coaching, etc – would be very welcome.

In other news, I think we’re now sorted on what we’re doing about the Xmas Do, plus we’ve a few ideas about trying to get some cosmetics folk in as well. Fingers crossed on the last one!