Gah, it’s nearly 9 o’clock and I’m struggling to get started blogging. Funny how life gets you like that. I think, for me at least, it’s a lot to do with being in the right mood to write something. Okay, I could go with ‘when the Muse takes me’, but… well, it seems more to do with not being out-and-out knackered after a number of long days at work. Oh, and by long, I mean working to about 5pm. Frankly, it’s touch and go between 10am and 4pm, but it may be best not to say too much in the office, eh? 🙂

So it was the first meeting of the new year for Chameleons. I was sort of in two minds about the whole faff about getting ready. But, and as events unfolded previously, I thought about outfit would put a spring in my step, and brighten my day? Well, dear reader, I thought back to my lovely rose print dress, and in between the DIY projects – mostly drilling holes in things at home to run wires about the place – managed to pack a bag.

Cue Thursday night and I’m a bit late back from picking up Wee Man from his visit to a mate. I wasn’t too fussed, because unlike other times, I was quite relaxed about the whole thing. All in all, this worked out rather well. Traffic was okay, the changing room wasn’t too busy, and despite a *cough* few Xmas pounds on the old frame, all the usual corset went on.

Yes, after doing some laundry, I’d not put my bra nor boobs in my bag. I did try my dress on, but without the right curves in the right places, it didn’t quite work. If you imagine a bloke wearing a somewhat flowery bedspread cover while balancing two fried eggs on his chest, you get the picture. 🙂

[ Update: The bra has now been found. Praise her Lady Eddie of Izzard! Mind you, I’m not sure if I should rename this entry to Dude, Where’s My Bra? 😉 ]

The odd thing is, thinking back to when I bought some bra fillers (aka chicken fillets) and a bra that worked for me; it took some time to get used to. Sure, it’s not like I was dressing very frequently back around the 2000s, but sometimes enough to ease the necessity, so to speak.

But, the odd thing was as I worked at home, or whipped round the house with the Hoover, I still hadn’t worked out that there were two somewhat larger bumps that aren’t there usually. I’d find myself bumping them, or failing to reach certain things as they got in the way.

That was back then, and now? Now I seem to cope with switching easily between being flat chested and, if you will, with suitable curves. Maybe I’ve just got used to that size? I did wonder about trying the pair left behind on one of our Pink Thursday Sales, but those are much larger. Would a bigger set balance out my shoulders and Xtra Xmas weight, or would they just not be me? After all, I seem to have arrived at a shape that feels right, and one I can identify as me.

Meanwhile, back at the farm…

So, off it all came, and I joined the group en homme, as they say. Not that it mattered to me. I had a lovely evening talking to new and regular folk alike. I think one or two were a bit weirded out seeing me in Richard mode. Hopefully not because I’m too freakish, but more – and this may be true for me socialising with Chams regulars – that we’re used to seeing each other in particular garb. When that’s not the case, confusion may arise. Still, all good fun.

Tea and a chat 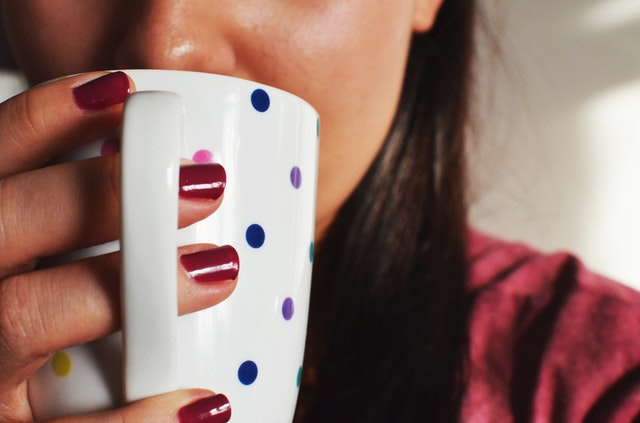 Talking of being seen in bloke mode, I did have the good fortune to catch up with another trans friend for a tea and a chat. ‘S’ had some business appointments near my work, so with a gap in both our calendars, it seemed too good a chance not to catch up.

We talked about her transition, me not transitioning (I’ve thought about it, but I think I prefer the choice of being either), how things have and haven’t changed for her. Good to see someone flourish really.

We also spoke about some of the support/coach training I’ve been doing, and how that spills into helping at Chams, as well as at work. Funny, when I’m doing this, I do wonder why if this is something I enjoy, how did I end up working in IT? Well, there’s a post for another day. 🙂

So highs and lows in terms of meetings this year, but things will change. If nothing else, something funny and something cool for the Memory Jar.