It’s a late post from me this week. I’ve no excuses, dramatic tales of daring do, nor special reasons why. Well, none apart from there’s not much I have to say. Perhaps an odd thing to say given how many weekly episodes I’ve bashed out at this, and other, keyboards over the years. That and all the nonsense that’s going on in the news…..

Actually, a brief interruption: a message to certain people. Those who think it’s okay to touch people up, or say lewd things to strangers, friends, or colleagues. It’s not okay. It really isn’t. Just stop. Don’t abuse your trust.

I may be a bit late to the party with MeToo, and the event was minor, but I it left a memory. Years back when I’d gone to a trans group – not Chameleons – I was chatting to another visitor. She said something about me having slim ankles (this was: 1. some time ago, and/or 2. their eyesight was poor 🙂 ). Before I could say anything, they reached down, ran their hand down my shin and grasped my foot.

I was – as I started this post – lost for words initially. I was frozen not quite knowing what to do or say, when I heard my Angry Bloke Voice kick in: “Stop that,” it growled. What happened next, I’m not sure. Either they went away, or I did. It’s not a something that has been repeated (thankfully). Maybe I’m wary of folk like that (hello, danger sense), or perhaps I’m lucky that folk like that don’t come to our group.

Thing is, a touch on the arm from a friend or colleague; that’s okay. I’ve hugged and been hugged at Chams, and that’s cool. But the other thing… No. That was very much not alright, and I wonder, what did go through that man’s head (warning: deliberate misgendering! 😛 ) when he thought that grasp was okay? Maybe he didn’t think. Maybe that’s the problem. :- 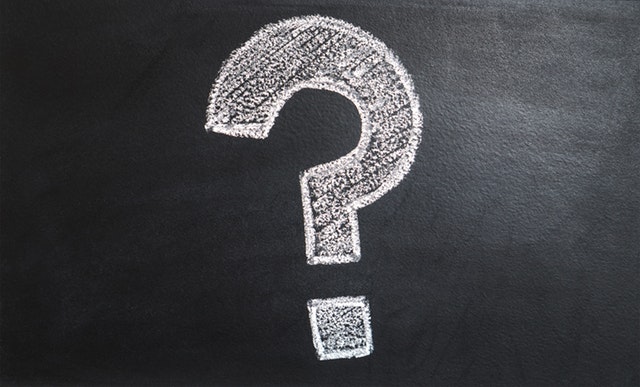 But on to other things. As a change, I’m going to ask you something, dear reader. There’s form to get in touch and if there’s a question you’d like to ask; please do and I’ll do my best to answer it.

BTW, questions that are not overly personal and/or filthy will stand a better chance of being answered. 😀

No, you don’t need to put your real name and no, you don’t have to put an email address in. It’s as anonymous as you want to make it.

I’ll update this post if and when any questions come in.

Jen: How did you first sit down and have a serious conversation with your wife about your dressing?

Thanks for the question Jen. Hmm. Probably at least three times, and at various points in our relationship. The first time was when we’d been together a few weeks (early 90s), and I said dressing up is something I used to do. This was true at the time. I’d chucked everything in my one and only purge, and stopped shaving my legs too. Clearly, I thought it was just a phase and with enough willpower, I could go straight. You can see how well this has worked out for me 😉

The next time was in the late 90s, as I’d been dressing up on and off. I’d kept it secret because I felt I could keep it from the Every Lovely Mrs J, and therefore not upset here. However, the secrecy and the lying – because I was hiding what I was doing – ate at me. I could either bottle it all up and live with the guilt, or I could be open and honest, but also risk what we had, and upset her. Not exactly the easiest choice. In the end, I sort of came out a second time, and understandably, the Ever Lovely Mrs J was very upset. Not because of what I was doing, but because I’d hidden it from her. I get that, I think, and I think that while it’s better to be as honest as you can with your partner, I understand why some of our number don’t come out. Again, it’s complicated.

The third and last time was a year or so after Wee Man was born in the early 2000s. I’d been grabbing time here and there to be all of me, so to speak. I don’t know if was a case of little time, or wanting to belong that made me want to go to Chameleons. We had a chat about it and while Mrs J wasn’t 100% about it, she said yes. The reason for her hesitation was a worry about my safety. Was I putting myself at risk by being outside? We had a long chat about who ran Chameleons (hello Sandy & Tracey!), what went on, where the venue was, and how I’d get there.

I very much doubt that I’d be in the position I am now without the help and love of Mrs J. Much as I sometimes bump against our agreement (furry legs, keep it out of sight, no daytime outings, etc), the fact that she loves all of who I am, and that we can laugh and share things about me being trans; well, there isn’t a figure you can put on that.

Pandora: How long did it take you to find and/or settle into your style?


And did you go through the awkward “dressing much to young for your age” phase?

I think I found the office look easy to settle into. Perhaps because some of it is quite tame in terms of colours and patterns, so – dare I say? – not too easy to get wrong. That’s not to say I didn’t make plenty of mistakes along the way. I think I have an idea of what works for me in terms of cut when it comes to dresses, tops, skirts, trousers, etc. Likewise, with hair, that took me a while to get the hang of, and I’m still learning now. It’s taken me a while to get the confidence to wear a pattern, or mix/match colours. Plus the jeans and pretty top thing took some experimentation/research too. All that said, I think I’m happy with my choices, and have been for the last four, maybe five, years.

As to your second question, I am really conscious of the too young for your age thing. Equally, does anyone want to look frumpy? It’s a tricky line to walk, I think. I clearly remember that line of If you are old enough to remember it the first time, don’t wear it now it’s back in. 🙂 That said, I’ve worn biker boots, leggings, and denim shorts. Being tall, I’m conscious that tights + dress don’t always work, if the hem is too high. I guess with my height, some dresses are more tunic style, and I dress with that in mind. Lessons learned eh?

I still have a red body-con velvet dress that I sometimes wear near Xmas. There’s that and a sequin miniskirt – again, Xmas wear – that makes me think about my age, and can I still work it? So far, I’ve not run from them, so either I’m in denial (ain’t just a river in Egypt 🙂 ), or there’s life in the old gal yet 😀 I might shop in Dorothy Perkins and Joe Browns, but I steer clear of TopShop or New Look (except for shoes).