Wow, am I glad this week is done. I don’t know if it’s the prospect of a long Christmas break, one too many middle of the night wake-up calls from one of our dogs (3am should only be seen after a very good party, otherwise, it’s just plain rude), or the seemingly long period between our last holiday (October) and today…. Ah, but it is, at least, the weekend and it’s not far until work closes down for a stint.

Oh, and I used the remainder of my holiday up. A half day to pop into town and collect the last few items for the Ever Lovely Mrs J’s Xmas present pile. We, *ahem* had a monetary agreement of no more than X this year…. which I’ve ignored. I consider many rules to be more, well, guidelines. For example: always eat your greens (unless they are tasteless or you’ve had one Brussels sprout already), never wear something you were young enough to remember wearing the first time around (provided it suits you, do it) and women’s clothing (f*** that. I’ll wear it even if I’m a guy).

Where was I? Oh yes, a half day. I had, unusually, arranged to meet an old (trans) friend for coffee. Sadly in bloke mode, but you can’t have it all. Anyhoo, it’s been a while since Rachel and I met, quite possibly an Invasion about two years ago, so as she was in town, and so was I, it seemed rude not to . As I said, I was in bloke mode having come from work, however Rachel was not. She was, if I may say, rocking the office look. As we walked into the cafe, no-one batted an eye, ‘cos it’s 2016 and I don’t live in a world populated by Daily Heil readers 😛

For a brief moment, as I sat down, I did wonder, what if someone from work sees us? But then, I thought, no, I’m just meeting an old friend for lunch and a chat. Perhaps, by doing the regular things of meeting up and just being out and about, we trans folk are pushing into the real world and showing that we’re just like regular cis-people.

We had a good long chat about family, life, what it is to be trans and other things. We spoke about Chameleons, getting out and the pros & cons of coming out and not coming out. To say the latter is complicated for us trans folk, would be an understatement. One of the things we spoke about was how we arrived. Not the male guff about which road to take, but our trans journey. It seems Rachel – and hopefully I’m not sharing out of turn here – had given the idea of any “transiness” virtual no thought, up until five years ago. Then, after a chance conversation with a friend, she found herself exploring her gender, so to speak, and very much in at the deep end. Not in a bad way, just different.

Perhaps I found it different because my arrival here has been quite a slow burn. I’ve said before that I never quite felt like a regular boy (“I got no strings to hold me up” etc 🙂 ), and these feelings have been with me since the early years of primary school. Again, this doesn’t make either of our journeys better or worse; just different starting positions. This isn’t a race. For me, hearing people’s origin stories, if that’s the right term, is very interesting. Not only from a personal point of view, but also to hear the diversity within our community. Perhaps, if I ever got my act together, there’s a book in there. 🙂

Time drew on and it was time to say goodbye. Rachel headed off down the hill and I across into town. I popped into Boots and collected something for the Ever Lovely Mrs J. While I was there, the sales lady asked if there was anything else she could help with. Well, funny you should say that… 🙂 I explained that I helped run a transgender support group and that Boots had been kind enough to visit us a few years back. We would be very grateful if some good folk from Boots would come again, bringing stock with them and maybe run a demo or two. Said lady seemed very keen and I’m hopeful the manager (Pam, I think) will be in touch in due course. 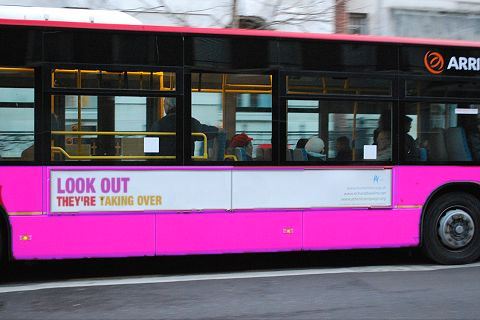 On my way out of Boots, I spotted Alison, and we had a bit of chat, gabbing away in the cold about Xmas and family life. There was a quick hug goodbye, and then we too parted ways. With me heading off to lighten my wallet in the name of Christmas commerce. 😉

Funny, you go to town and you don’t see anyone you know, then, like buses, two friends come along at once 😉