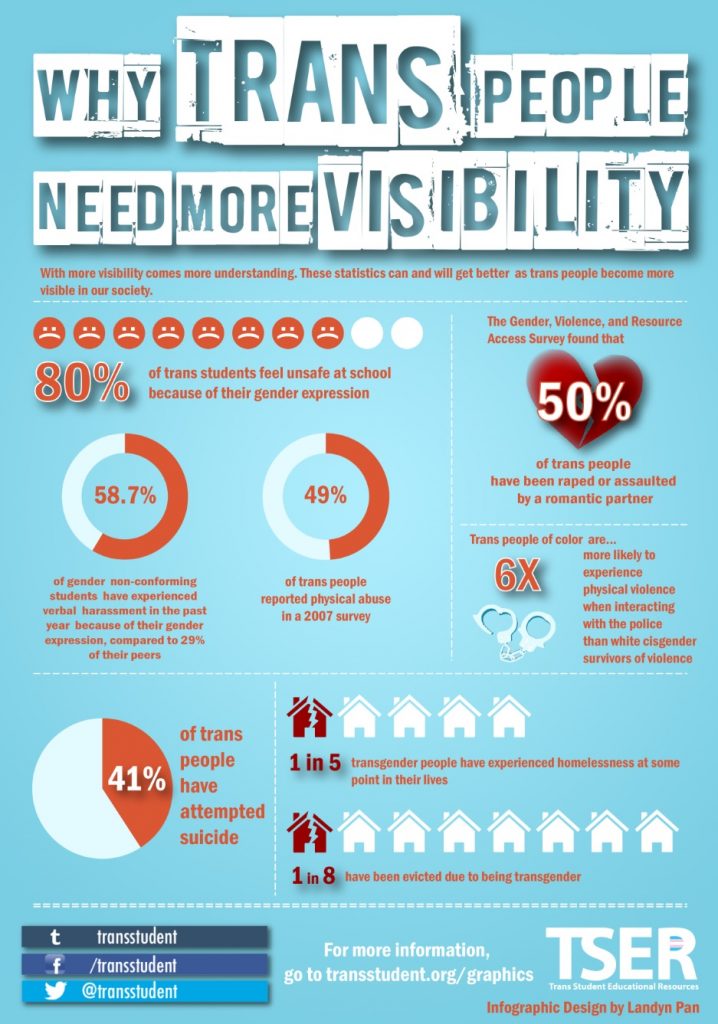 This week saw the Thursday as Transgender Day of Visibility. I won’t explain the event, given the clue is in the title. Older readers may wish to recount the well loved mantra: it does exactly what it says on the tin.  For the rest of you, your weekend homework can be to investigate the source of that well loved UK phrase. Or not. There’s no prizes Oh, okay, you can have a gold star, but due to government cuts, you’ll have to buy it yourself. Oh, and mark your own homework too. 😉

Just what is it about Thursday and trans-ness? Is it because it’s midway in the spectrum of days (Macho Monday vs Soft Sunday?) or because it starts with a T? Will we need to rename it to T-hursday, or will that confused us northerns who are liberal with t’apostrophe? It’ll probably never happen as there’s a ‘hur’ sound in there and that’ll just upset folk who think it’s political correctness gone mad!! (TM) 🙂

Silliness aside, it is, IMHO, a worthy idea to help continue to drive trans issues into the mainstream. Sure, I think people are getting it, that we exist, but I think we – trans folk, allies and Jo(e) Public – can all help reduce the amount of, well, frankly, crap, some trans folk have to deal with. Maybe, as someone once said to me about International Woman’s Day, we’ll get to a point, when we won’t need special days to tell everyone it’s okay to be who you are.

There are various campaigns going on, and one initiative popped into the Chameleons inbox from TotalJobs. They were asking about trans peoples’ experiences within work. You can read their report here and there’s comments from a number of trans activists too.

My current employer seems fairly relaxed about the whole thing, from what I can glean. Sure, I’ve attended a workshop or two, on the subject, but being but a simple cross-dresser, it’s best not to dig in, too visibly. Did someone say ‘closet’? I didn’t. 😉

To an extent, and I’m sure this next line will keep the lawyers busy, those who transition are mostly protected by law. But, while discrimination around age, race and gender have been no-nos for sometime, that doesn’t mean all abuse (verbal, or otherwise) has stopped. HR seems mostly there to stop the business being sued, or so I’m told. The actual effect for those who transition; well, you’d have to ask them, on how they feel they are being treated.

There seems, although I may be biased based on my social circle, that there’s a growing drive of those who don’t wish to transition. Some ‘gender queer’ or gender nonconforming, to ‘bigender’ people. The latter I’ve heard more of, and it seems, they are happy being either gender depending on a specific day. I can understand that, although HR/legal hasn’t quite caught up with what people are planning. A bit Catch 22 in a way.

The Loo:  a Comedic Rant

I’ve been following the news around trans people and their right to use bathroom of their authentic gender. I’ve been a bit perplexed by this one. Before anyone tools up, allow me to elucidate. I mean, if we’re really worried about a random stranger checking us out, while we’re spending a penny, I think we might need to do this:

I think the above just above covers it, although we are very definitely, going to need bigger office blocks. That, or the bushes near the car park, are going to be very well watered…. :-

As to the idea of having to prove who you are before you can enter the hallowed bathroom, I reminded of the, now prophetic and dark Orwellian comic strip, by Viz: The Bottom Inspectors.

[ Overseas readers may wish to check Google for Viz’s cultural impact on the UK. Just note, much is NSFW and you may some of it very funny ] 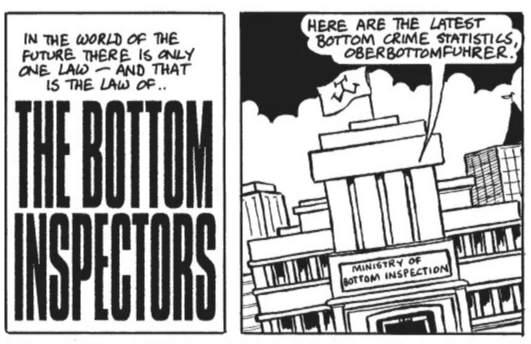 Clearly, an instruction manual and a call to arms, for the overly concerned that they might be at risk from a “subversive”*.

Do we really need to have The Genital Inspectors, where we flash our private parts to a machine, before we’re allowed to go to the toilet? If that’s so, I can’t wait for the extinction event asteroid to hit. We’re done here as a species. Time for the next lot to have a crack at it 🙂

Chances are, someone who is trans and/or a different sexuality, has used a loo near you. Perhaps even as you ran your innocent little hands under the tap. What dark deeds were they plotting? Probably, wondering if it would be quicker to use the hot air dryer, or a paper towel, after washing. That, or thinking about the amount of time it took to queue up and why there are never enough loos in the ladies’. If it takes a lady twice as long to use the loo (yes, I’ve been there. Tights, dress, sit down, reverse repeat), put twice the number of loos in, building planners!

Are we really so scared of our fellow humans, that we need to have different toilets to protect ourselves?

If so, could I ask that we have trans/gay friendly loos for those of us who just don’t care and separate loos for bigots? I mean, if I took my kids to the loo, and someone was mouthing off about Muslims, there’s a risk my children could be exposed to casual bigotry. Who’s going to protect them eh? Won’t someone think of the children! 🙂

I am hoping, that common sense will prevail and with the vast majority of us saying “we don’t care, just let them use the bloody toilet!” will help.

Take care,
Lynn “I might have been in the ladies’ loo when out once, but I think I got away with it” Jones