It’s been a somewhat odd day today. To start with, it’s a holiday weekend for the UK and given where I work, I get an extra day on Tuesday. Talk about a long weekend… and not that I’m complaining. 🙂

The Ever Lovely Mrs J, myself and our two nippers had gone into town to get new school shoes for the kids. While we were there, we stopped off at a bookshop. Yeah, I know you can get books cheaper on-line, but I still think there’s a lot to be said about being able to browse the books, see the stalls and sit down for a read before you buy. Yeah, I do own a Kindle and yes, I did buy a fair few books on-line before buying an e-reader. I suppose this is another way technology has changed commerce and society. Now, if you want a book, a film or some music, you just switch on your wireless and buy it. No more waiting until the weekend and then trekking into town. Easier on us, not so easy on the old school businesses. Sometimes, I wonder where this will take us. 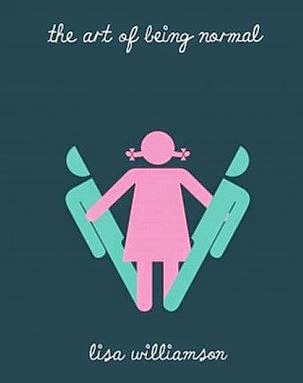 On that note (did you see what I did there?), I spotted a book propped up with an intriguing cover (see image) and while the kids were looking at various books, I took a copy down and read the blurb at the back.

It is, as the cover suggests, a trans novel. One about a young boy (14), who does not want to be a boy. I’m summarising the plot very harshly, but that’s the crux of it. However, I guess that’s a bit like saying a small chap goes off to find some treasure (The Hobbit), or a hacker goes on a trip to space (Neuromancer) 🙂

I’ve only read the sample chapters, and for me, I can feel the Midlands setting in there. I don’t know if I’m reading into it, given the author was born in Nottingham, before she got a job in a Gender Identity Clinic, down in London. There’s a review here.

On the back of the above, earlier this evening I watched the Eurovision 60 event on the BBC. It’s been sixty years since the event (!) kicked off and I’ve fallen in, out and back in love with this festival of cheese, glamour and occasional irony. Tonight we saw celebratory performances include Dana International and Conchita Wurst. This prompted questions from Wee Man. Namely: “Dad, is Conchita transgender or a drag queen?” I had to admit, that I didn’t know, and you’d like, that I’d have some insider knowledge about this. 🙂

So, there seems to be a huge amount of trans* stuff floating around in general culture. It doesn’t seem to be the quiet whisper, or furtive news exposé, that there used to be. Okay, we do still (sadly) get a few of the latter, but I guess we’ll always have bigots. :-

Like most posts here, eventually, like a cosmic object drawn towards an incredible mass, the subject swings back to Yours Truly. Hell, it’s the only subject I can write about with authority…. and I have my wife’s permission to write that. 🙂 In the first paragraph of the book, David, is asked what he wants to be when he grows up. He writes, he wants to be a girl.

Rev back 30 years and think of a warm classroom, somewhere in the East Midlands. A career teacher is giving a chat about jobs to around two dozen kids. He’s got that knack where he can explain, without talking down to someone. It’s the afternoon and he’s giving an introduction about jobs. He explains that there are all sorts of jobs and I’m beginning to switch off. But, instead of telling us about types of jobs, he says there are jobs we can do, jobs we’d prefer, jobs we have to do and then, there are jobs we dream of.

As he says the words, my mind says ‘drag queen’. He lets the statement about dreams hang and my mind races: performance, comedy, dressing up (mais oui), glamour and music. Everything that’s not in my little world and if it’s a performance, I can be who I want on stage, right? 🙂

I’ve never done drag, I guess my t-powers are too strong to make me fabulous. Sure, I can lip sync and tell a few gags, but there’s a lot more to it than that, I’m sure. Instead, I’m more working mum when I go out, but, it sure as hell beats not daring to dream and never trying to live.