I find blog writing somewhat odd some days. What I mean is, I have an idea – or even ideas – of what to write about, yet when I come to actually doing it; I struggle to find an opening line. Instead, like now, I tend to find that I just have to go for it. Typing away as I’m talking to someone, and perhaps, in some odd little way I am. Even if that’s myself 🙂

A week or so ago, Nottingham played host to the Rocky Horror theater production and a work mate was telling me a bit about it. I’ve never been and I’ve only seen the film the once. I know the Ever Lovely Mrs J has been a few times, but despite the seemingly effortless excuse to drag up (yes, I know there’s a difference between drag and being trans 🙂 ), it’s never happened.

Anyhoo, said mate went more as the narrator, rather than one of the more irregular characters. During a lunchtime stroll, we then bumped into a colleague from another team, who had also gone….. and had (apparently) gone dressed to the nines. 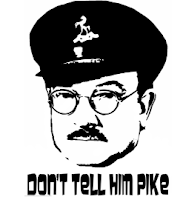 So, picture the scene if you will: four blokes (one of which is yours truly), listening to the trials and tribulations of said colleague’s investment in time, garb and difficult with – *ahem* – keep everything that should be away, away. I’m doing my best poker face at this point (not my strong point), while my brain is yelling  Speedos underneath? No, darhlink, control knickers! Tuck! learn to tuck! Luckily we moved on to safer topics before he started about high heels. Amateurs. Tsk. 🙂

On another note, Andrew O’Neill – an excellent stand-up comic IMO (plus heavy metal, trans and self proclaimed show-off – I mean, what’s not to like? 🙂 ) – is doing a tour around these fair isles. I passed another work-mate the work magazine showing casing AN’s tour dates. Which prompted a Google search, which may me think, how long before someone follow AN’s web site, sees the personal blog and then tracks the comments page back to here? Ah well. If you’re reading this, M, hello 😉

All in all, this week has been kind to me. People are well and while I’ve been busy, I’ve been in a buoyant mood, which I feel is something to be grateful for. I noted that a blog friend had posted a comment on Facebook about how the advertising industry would probably go under, if we realised that it’s not all about shiny new things.

Now, I’ll be honest and say that I’m guilty of occasionally thinking about new stuff. A new dress, new shoes, a gadget to do something clever with the telly, etc, but….. I’d say in the last year or so, I’ve got into the habit of talking myself out of most purchases.

I say most, because last week I bought a new wig and the week before, I managed two dresses via mail order. Well, it was my birthday 🙂

But trying – desperately! – to reel this one in, when I look back; yes, looking good, can help me feel good. But it’s not the only route to Downtown Happyville. For me, it is as much what goes on and who I’m with, rather than what I have at the time. I’ve had some excellent holidays with my family, where we’ve done very little except go for long walks in the forest, messed about picking blackberries, made shelters out of sticks and stayed as far away from the High Street as possible. Likewise, I don’t need to have a new dress when I visit Chameleons, I do like making new looks with different pieces.