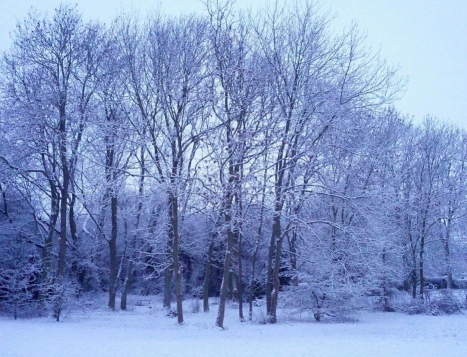 Being British, I feel it would be remiss of me not to mention today’s weather. 🙂 Yes, the shock and awe of a few flakes of snow and the country goes into a panic. 🙂 I honestly don’t know how we’d cope if we had proper snow. Namely, the levels of the white stuff that our far more northerly cousins – Canada, Finland, Norway, Russia, etc – get. Sure, it’s not been great in some parts of the country, but up here in the mild Midlands, it’s not so bad. Although we live out in the sticks, we’re lucky in that we live on a main road that gets enough traffic to squish the snow into slush.

It’s not often I read a newspaper these days. I guess I can get lots of  *ahem* ‘facts’ from the Interwebs and all the opinion I want from blogs. 🙂 Anyhoo, this week the Observer ran an article penned by Julie Burchill in response to her friend’s treatment on twitter. I won’t go into the detail of the background, that’s what Google is for and I dare say it’ll do a better job of it than I. 😉

The original article has been taken down and if I switch my Trans Force powers off for just a mo and look at the piece as Regular Joe Public…..well, I still find it offensive. 🙂 If someone had used the same terms at my place of work, I can’t help but think that there would be a visit to HR, a review of their employment and the company’s stance on non-discrimination. Ooo, it’s the Thought Police, I’ve heard from certain areas of the company regarding HR. Joke nastily if you want, but I think there are some words/phrases that we should not use to describe people. Yes, people, because we’re human. We feel pain: both physical and emotional. To lay into a community as I felt the article did….. It’s really quite unpleasant. As a side note, do I like all trans folk that I’ve met? In the main, yes, but I would say the levels of cool/indifferent/okay/friends/twits/OMG are no different to people outside of that little world.

Oddly, I didn’t email in and ask that the piece be taken down. What I did put was that I felt it was poor judgement, that it is offensive, but it should be left on-line so that people can see what some folk think of the trans community. Hell, even though it has been taken down, copies persist on the web. Perhaps we should never forget, but we should forgive? There’s a question and no doubt opinions will be heated.

This week saw another high street retailer go under: HMV. Now, to those of you from outside dear Old Blighty, HMV was a record shop…. or at least… umm… it was back in the day when people used to buy records. Even in a pre-Internet era, I didn’t shop at HMV as it was too pricey for gifts and they rarely had the music in stock that I liked. Not that I had particularly avant-garde tastes, just go off the hit charts and that excludes a lot of high street shops. I say ‘had’ as most of the stuff I listen to now is pop. Funny how things change.

Did the Internet kill the record shop? Much as that’s a bit of a mediaism at the mo, I’m not sure it’s 100% true. I’ve read in a few business pages that HMV may have overstretched when it came to how many stores it needed, it’s market model wasn’t cast iron (more on that below) and yes, price is a factor.

So, market model? I read the other day that HMV’s market was young folk wanting to buy singles. This was something we used to do when we were kids… back in the 80s where bandwidth meant a popular beat combo who’d been at the pies. Skip on a few years and the youth of today – or so we are lead to believe – are the wired generation aka digital natives. They’ve grown up with technology and as such, are a lot more tech savvy that a lot of folk. They’ve kinda got the head start on downloading music, so you’ve got to wonder what a record shop would do to keep its main income stream. Whatever it was, I’m not sure HMV pulled it off.

Likewise, announcements were made about the video rental company, Blockbuster struggling too. Okay, I’ve just used the word ‘video’. 🙂 Film rentals I guess would be more accurate. Again, I’m not sure I can remember the last time I rented anything from Blockbuster. The idea of going to a shop, hoping they had a film in I wanted and then trailing back when we’d watched it. Well, in the age of LoveFilm, YouTube, iPlayer and Netflix, it seems kinda odd. Skip back a few years before on-live TV – okay, legal on-line TV – had really come into its own, Mrs J and I had subscribed to a DVD by post scheme. That suited our lifestyle at the time, but we watch less than we used to. Well, less of the horror / blockbusters and more of the kid friendly stuff now. 😉 Not that that’s necessarily a bad thing.

The question doing the rounds at the mo is; what will happen to our high streets and city centres? A few years ago the press where up in arms (to use a cliché  over out of town shopping killing the high street. Well, the high street survived that and maybe there’s some irony in big out of town retailers going under. I know for clothes shopping, I’d rather browse a shop full of clothes (and shoes!!), than cycle through an on-line catalogue. The Ever Lovely Mrs J suggested that may be there will be more ‘trying on’ shops, but that you have to order the item to be delivered. Maybe we’ll see more cafes and bars? Who knows. It’ll be an interesting period of history to see retail change. There will be some unpleasantness in terms of job losses and a change to the landscape, but isn’t that inevitable?