Guess I’ve faffed about enough on the interwebs (t’interwebs? #Northern) and I should get myself into gear. Hmmm. So much for that new exercise book feel to the New Year eh? Here I am, prattling away as per. 🙂

How was your Christmas? On Planet Jones, the big day went very well. The next few days, though, were rather busy with lots of too-ing and fro-ing as we did the visitor circuit. To be honest, I was glad of a sit down at the end of the week. That and the delight over deciding to book some extra holiday to extend the Christmas break.

I’ve been enjoying the Christmas spirit – and the cakes, chocolates, dinners, etc – this year and I think it’s caught up with me. I won’t say that I’ve put a lot of weight on, but certainly enough for it to alter my figure (such that it is). Yeah, I’ve got a paunch and I don’t like it. I’ve already taken the dog for a long walk and took the kids to the park to run off some of my gut points and some of their energy off. Fingers crossed on both fronts. Next week I’ll be back at work and as we’ve pretty much gone through all the tasty snacks we bought for Christmas, I should be on safer ground. Sure, there’s a few boxes of chocolates, but as they’re posh ones, they’re not to be scoffed, but savoured. 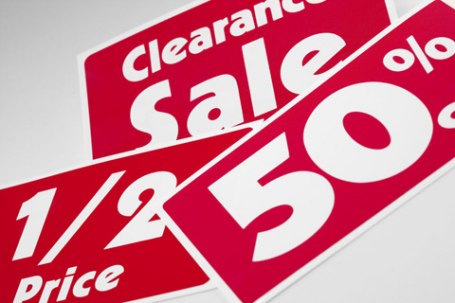 It being January, the sales are upon us. I noted that some of them started earlier this year. Certainly there was the Next sale on Boxing Day and a few folk, thanks to social media…. or is it anti-social media if you’re ignoring the people in the room with you? :-), had got up early to snag some alleged bargains. Next isn’t for me, but we’ll come to that later on.

Now, you know me. I like a bargain as much as the next tran – sorry, man – but Boxing Day? Plus…. there hasn’t been much that I’ve seen this year, that’s made me want to dash out and buy stuff. I’ve got my biker boots from October, I’ve yet to see any dresses I really like and I don’t need any – dare I say this?! – new clothes for big nights out. Hell, for Invasion last month, the only thing I needed was a little black vest to go under my blouse. It’s not so much a case of make-do-and-mend, more, meh really 🙂

So, Next? Am I a label snob? I guess not. Not when I’m happy to shop at Dorothy Perkins, New Look. H&M or Debenhams. I don’t consider the latter names to be better. The only reason I don’t shop at Asda or Primark is that I don’t tend to see items I like. I suppose it’s more that I’m not a fan of the image Next presents…. or one that’s associated with it.

Please, don’t get me wrong, I think some of the clothes are fab. Indeed, a (trans) friend often wears their clothes and she looks great. I guess it’s more about me and what I like, rather than a failing of the store per say. I think what puts me off is when folk dress head to toe with a particular brand or fashion. Today for example, I was out with the kids at the local park in the city. Cue a series of middle class types (myself included) standing about. Some of them where the full on Yummy Mummy or Casual Dad. I’ll leave you to assign clothing to those stereotypes, but if you can’t be bothered, just thing beige in the megawatt range. Maybe there’s some crazy inverse snobbery going on, but I’m not post-modern enough to be able to wangle that into a blog post. 🙂

But moving on from my view, what about you, dear reader? Do you prefer the high street, on-line shopping or a more boutique experience? Are you someone who tries on in store, or are you more a take-away lady, preferring the comfort of your own home, against the hot lights of the changing room?