After posting earlier in the year that it was rather warm, Winter’s icy blanket came to rest across large parts of the UK. Now, I like walking in snow, I like the look of it and I particularly like the odd crunching sound it makes as you stroll around though it. Yeah, I’m odd like that. Childhood memories and the magic of a snowy winter with a good sledge. Anyways, the only bits I’m not so keen on are that it’s been so cold and driving in it, is not so much fun. Still, the roads are pretty clear right now and what with winter boots being the sale – yay! – bargains were snagged by the Ever Lovely Mrs Jones and I. I had wanted some biker style ones, but having left it a bit late, there wasn’t much left in my size, but at least I’ve got some comfortable (and warm) flat boots. Much as I love my heels, there are times when you have to admit defeat and go for safety. 🙂

So weather report aside, things are going okay. I had a visit to the hospital to get my arm checked out and all seems to be on the mend. It’s feeling a lot better and despite a bit of ow once in a while, it’s a Hell of a lot better than it was last month :-). The CBT appointment went okay too. It felt more focused this week and yes, I did come clean about my trans history. The therapist asked for a brief history – youngster, teenage, young adult to now (Ed: borderline duffer? 😛 ) – and I mentioned in it there. He didn’t latch on to it as a ‘source of all woes’ – which it isn’t – and neither did he ignore it. It was added to the list along with the rest of my mostly idyllic upbringing and off we went. The Ever Lovely Mrs Jones also picked up on how it was handled and we had one of those pleasant chats about how it didn’t freak her out and that she was happy with the balance we’ve agreed. Good stuff really and a nice finish to our anniversary outing – just shy of twenty years. My, where did the time go? Probably spent waiting for a bus 😀 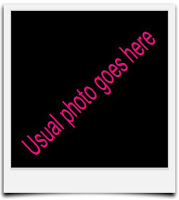 Talking of trans, although it was Chameleons this week, but I didn’t go. I’d been off work the day before sick – a dose of something from Wee Man, I think – and although I was well enough to face work, I didn’t feel 100% come the evening, so I skipped on going. Partly I was tired, but also a little part of me wanted to prove that I didn’t have to go every time. Yet…. having done that, I missed going and seeing friends. Perhaps not the wisest move! Still, judging by the risk of another heavy snow fall – well, heavy by UK standards – I wasn’t the only one to miss it. But, it’s Invasion next week, so hopefully there’ll be a chance to see the unusual suspects then.

While stopping off at the garage, I noticed that Marie Claire had an article on couples where one of them was trans. I had a brief flick through it, but lacking a few bob on me at the time, I didn’t buy a copy. Has anyone read it? If so, what did you make of it. I believe it features parts from Laura Newman who writes the Angel & Princess blog (worth reading if you get time!).

Oh, and one last thing – as a famous fictional detective used to say – TVChix are now doing a banner exchange thingy (Ed: are those things still going? 😛 ) and the secret foxes have added yours truly to the list. If you fancy a look, the haul is here.

PS: The new logo is courtesy of the rather talented Maddy Watson.