Well, that’s the first week of work in the bag and frankly, I’m glad it’s over. The Ever Lovely Mrs J once said that she didn’t mind a dull job, provided the people were nice. Well, for me in the last month or so, the work’s been interesting, but some of the folk involved have been… tedious.

I will spare you the full-on work rant because I know the project will draw to a close soon, and I doubt you come here to read about my employment woes 😉 The short version is: if you’re going to be an arse, expect people won’t go the extra mile.

So, trans stuff. Last night was Chameleons, so it felt good t 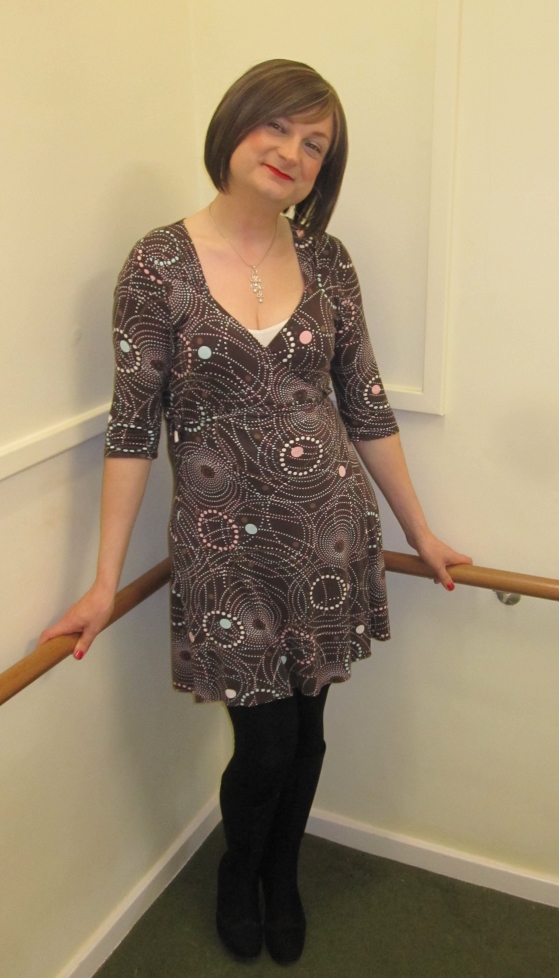 o feel okay in my own skin and catch up with friends. I bought a new lippy earlier in the week, having read the article about Maybelline’s Made for All red shade. Cue a visit to Boots and then a cheeky buy one, get one half-price bonus. The product itself goes on very nicely and stayed put for most of the night. I felt the colour was spot on too. Hey, I’m only six months behind the curve, but that’s not always a bad thing in my book 😉

While there, I did stock up on razors. I’ve not found much to replace my trust Gillette, and a brief foray into online sales hasn’t really made me think of switching. Not that I shave (my face) much. I’ve got beard hair, just enough to be annoying really 😉

I did test our a shop’s own brand on my thigh to make sure it didn’t drag too much. Oddly, I got a bit carried away, so one pin is a bit smoother than the other. The really odd bit is that when I see that part of my body, that’s how I feel my legs should look. Not the slightly fuzzy one, but the hairless part. Even though I know it will cause upset – and perhaps this is the stress talking from the working week – I wonder if feeling better about my body will make me feel better. Is this call to be more ‘me’? Just like the feeling that something wasn’t quite right, or that what was on the outside needed to match the inside? Ah, decisions, decisions eh? 🙂

In other news, Val did a grand job representing Chameleons by giving a talk. I’ve had some feedback about it and people were very pleased. If said company gets things together, that will help bring a few quid in to the group’s funding. I think it would be rather nice to do something cool for Easter. I did bandy the idea around about a cream tea. Scones, tea, jam, and cream: what’s not to like? 🙂