A long time ago, in a city centre, far, far away, was a young lad from the sticks. I say, lad, but outward appearances can be deceiving and the lies we tell ourselves, doubly so. Said young chap was visiting a polytechnic to see what their software engineer course was all about. He was handy with computers, you see. A bit pants at everything else, but if you can turn your hand to something and escape the sticks, he thought, why not give it a spin?

A lecturer turned up and took him and about two dozen other folk around the faculty. Lathes, CADCAM, routers; all that kind of stuff. As the young lad paused by a robotic arm, he noticed the rest of his possible classmates. All of them were Asian. Here he was, mixed in with more Indian and Pakistani folks that he’d ever seen. Some of them spoke English, some of them joked in and laughed in languages he didn’t know. The only two white guys were him and the lecturer.

Is this, he thought, what it feels like to be an immigrant?


He knew he was trans-something-or-other. Not exactly the same as his the boys back home, so the idea of being an outside wasn’t new to him. This, however, was. For a moment, he waited and explored the idea. Memories of drink fuelled pub rants from older men, about ‘them taking over’ came forth. But, that sentiment was as alien to him as the love of football and fighting.

His mind raced on: I don’t understand what they’re saying.

Then, he smiled and looked away. I’m the minority. The outsider. *I* don’t fit in. Is this what it’s like for them?


He didn’t opt for hate, or despair for a white-bread time that never existed. No, what stayed with him, was that feeling of isolation and that, sadly, perhaps others would feel that too…. and that was wrong.

I didn’t take the course. There was too much engineering for me and if I had, I very much doubt I’ve had met the Ever Lovely Mrs J. Nor, would have had these two lovely children, or found Chameleons. Such, I guess, is the hand of Fate.

For those of you either not from these shores, or without a social media / news feed; the British have voted to leave the European Union. I think I know why some may have taken the path they did, but it fills me with worry. Not just for….

…the economy, which has already dipped.

…the risk our research grants are now under.

…the persecution of immigrants

….that many of our employee rights come from the EU 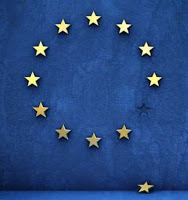 All of that, and the insidious creep of the ultra-right wing, adding a legitimacy to fascism. This last one, is the one that worries me. If I look back – further back than my 90s trip to Birmingham- into the 80s, there was an undercurrent of violence. In some places, it wasn’t safe to be anything but white, straight and male. That’s not to say that all white males were the problem, that would clearly be wrong. No, it was the local skinheads or visiting thugs, looking for ‘p**fs un p*kis’.

As I said to Andrea, as we wandered off after a coffee, the rise of the right – if it continues – does not bode well for our society. I really don’t want my kids to live in that world. Do we, and I’ll address the trans folk reading this, really want to live in a society where we live in fear of being attacked by thugs, because we have the nerve to show our faces in public?

Some of you may be reading this and saying, Oh, but you’re wrong, Lynn. We’re in control of our future. To that, I would ask you to look at history. When did a right wing swell serve a minority or even a country well? Who will defend our rights against the vested interests of big business or bigoted politicians?

Good luck everyone. It’s going to be a quite a ride.