Last week I was wondering what to prattle on about and this week, I’d been trying to keep an open mind, about this, that & the other. I guess I’ll be saving those such ideas for a rainy day….. although we’ve had a few recently. It’s bloomin’ cold for May – so much for spring fashion. Most people seem to have gone back to their winter wardrobes. 🙂

I’ll warn you in advance, this will be about politics and if you don’t like reading about it, don’t 🙂

Often, I write about things from an emotional stance. Often the cause of a post is around how I feel, such as a good night out, or something good in my life, like time with the Jones Massive. Take for example, the Ever Lovely Mrs Jones’s birthday the other day. That went well, with much relaxation for her, cuddles from the kids and presents from a hubby who not only gets the size right, but knows her tastes in clothes & jewellery. See, ladies, it’s not all bad news being married to a part time trans person. 🙂 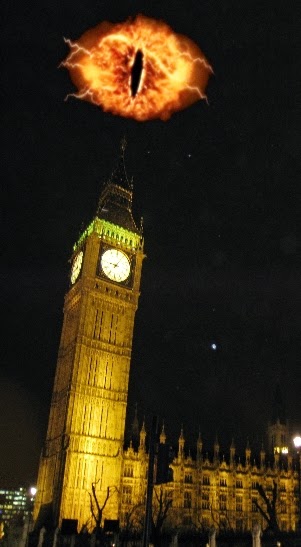 Moving on, and skipping away from the bright, pleasant meadows of family memory, to the Mordor-like clouds that boil across the sky of my current mood. Let me put it this way: I was hoping we’d be shot of the current government.

Yes, I’m left wing and yes, I think those worse off than me should be looked after. I’ve had the bad luck to require a visit to the NHS. When Wee Man was tiny, we went though the NHS Direct system, because he had a dangerously high fever. Then again, there was the time of the car accident. Later, to help me get out from under the Curse of the Black Dog and many years ago, when the NHS pulled out all the stops, to keep my sister alive.

We’re comfortably well off. I live in a beautiful part of England and life is good. I have no problem paying a bit more tax, to ensure that those less well off are looked after. I certainly had a number of payments, back when I was out of work and looking for a job. The government looked after me, sure money was tight, but we weren’t out on the street. I know my sister has also been through the Council’s emergency housing system.

The more I look to the current government, the more I see the want to slash those services that look after people and to let business take advantage. Zero hour contracts and tax loopholes, which very big companies – I’ve not even mentioned banks, yet 🙂 – enjoy flexible accounting, that the rest of us would probably be locked up for.

Yeah, life’s good when you’re minted: but what if you’re not born into money, or you lose it? Life, or Fate, if you believe in that, can be cruel. Shouldn’t we be doing out bit to keep everyone healthy, rather than selling services off, and putting money before people? That, if you pardon the pun, sickens me.

So, yeah, I’m pissed off about it. I have a problem with anyone who puts money before people.

I’m off to have a large gin and try to calm down.