Another week rolls by eh? Well, a strangely short and long week for Muggins here. Short because I’ve just had one day at work. Long, because I was off sick with some cold virus that put me flat out. I must have been proper poorly, as I didn’t open the shoe cupboard once. 😉

What I’d hoped would be a two day cold, you know the sort: a drippy nose, a bout of sneezing and before you can say Hot Bath & Beechams, it’s over and done with. Immune System, one. Virus, nil. But not this time! Oh no. Each day was a new variety as the virus decided to ditch the old and switch to something new! So, we had a day with blocked ears, then a cough, before moving on to chills and excessive sleeping. Hmm, actually, the latter might just be me 🙂

Anyway, it’s all over now, well, bar the 50 A Day voice rumble and all things considered, four days off from work was a long stretch for me. BTW, I read the other day that our American cousins don’t all qualify for paid sick leave. This seems insane to me! Is this true?

Being housebound, I did catch up with reading, a film or two, but mostly, just resting and wondering when I’d feel well enough to go back to work. Oh, I start my new job next week. #HappyDance!

A War on Who Exactly…?

In other news, I caught Russell Brand’s programme on BBC3 about drugs and the UK laws surrounding them. I find the social reasons of recreational drug use – and I’ll include alcohol and smoking in this – on people, fascinating. Just this week, the radio (R4?) were reporting how the NHS were amending their few on what constitutes a drink problem. I think this was more than 3/4 of a bottle of wine for men, or 1/2 a bottle of win for women, is now classed as problematic.

On to other drugs and although I’ve never been an addict – thankfully (luckily?) – I have sympathy for those who fall into that trap. Perhaps I’m too much of a softly-softly liberal, to think that putting people away helps, rather than doing something to help them resist taking such substances? The reasons for drug use, and addiction, are varied and are no doubt better documented, than I’d do in a couple of paragraphs.

I haven’t self medicated. No, not even with a credit card and a shoe catalogue. 🙂 In the darker days of my depression, I slept an awful lot. It seemed that some days, I just could not keep my eyes open and given five minutes, I would nod off. I know of some friends who suffered under the Black Cloud, as it were, who drank or smoked. I don’t know if they took anything illegal or not. If they did, that’s their business and I wouldn’t judge them for it either. I might try and help them not take it, but that’s another story. 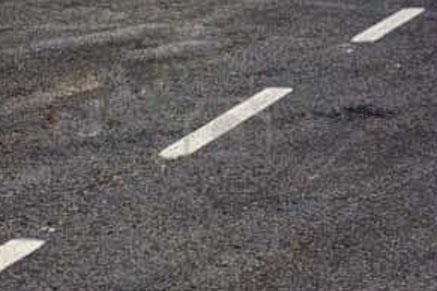 So where am I going with this? Given the above ‘dark times’, I can see how you might want something to numb you. Indeed, an old college friend was a secret drinker. He would regularly put away a small bottle of vodka for his nerves. Ironically, when he was sober, he was charming, witty and good company. The drink may have numbed his fears, but he was an arse, when tanked.

Going back to the BBC3 programme, some of the findings from decriminalising some drugs (Portugal plus others), and not to mention various UK think tanks / science papers, they all seem to point rather strongly to relaxing our prohibition stance. Yet, our Government, and indeed the ones before the current, seem uninterested into doing so.

What are you views on this? Is it better to ban what’s dangerous? Or better to legalise, regulate and ensure quality in what people are taking?