Welcome to another dose of the irreverent – and many would say, irrelevant. 🙂

Fatal mistake that. Pausing to think. Well, not so much if you’re about to cross the streams or cut the blue wire (Ed: no! the RED one!!), but personally, from a blogging point of view, it tends to make me…..

To many brain cycles (#nerd) wasted on thinking what I should put, rather than just getting on with it. Think is, there’s not been much going on. I do wonder why you come here to catch up. But then, when I read some of the Name columns in the paper, I wonder why are folk paid to write this? 😛

Not Investing in People?

Work? Meh. People-wise, it’s been a good week. We’ve had a chuckle and everyone’s been really supportive around the comedy stuff (see later). Technology? Pah. Some of it needs to be taken to the naughty step and have its rights read. That, or take half of the system outside and let the half remaining, hear the gunshots. Maybe then it’ll buck its ideas up. 🙂

I don’t know if it’s a cost cutting exercise, or a f***-’em-we’ll-get-some-contractors-in mentality, but training has been very thin on the ground. Thin as in pretty much non-existent. Sure, Google, forums + an inquisitive nature and helpful friends will take you so far. But I don’t think it is a sensible route, when you’re banking on the back-end systems being up almost 24/7 (Ugh. I don’t like that term!). It seems as we start to ramp up on the reliance on fairly modern technology, so the lack of investment in the staff is beginning to come to light. Previously, when something went off-line – or to use a technical term tits up 🙂 – most of us had a good idea how to get things up and running quickly. Minutes or seconds, not the hours, or even days that we’re into now.

Does it sound like I’m moaning? Perhaps, but there is a point to this and it’s this: if you want a cutting edge IT system (or anything else, like engineering?), you need to keep the staff up to date too. I can only hope that the amount of evidence I’ve been feeding back to management will help. I know I’ve now got some courses lined up and with luck (!) – which isn’t the way you should run an IT service – we’ll get through this by migrating our way out of the problem. 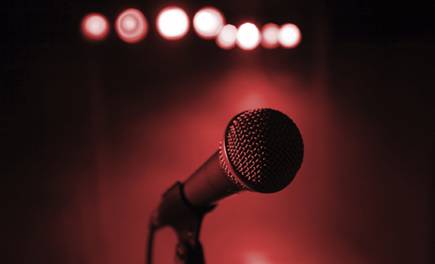 This Monday, I shall be performing a short stand up set. I’ve rehearsed and rehearsed and rehearsed. I think I am about as ready as I’ll ever be. I have now memorised what I’ve got to do. Funny thing is, when I asked, I start to feel The Fear. That quivery shaky feeling you get. Even now, my mouth has gone a little dry just thinking about it.

That’s not particularly unusual, what is, is that if I go out, I get the same type of jitters too. I wonder if post-gig, I’ll get the same post-adrenalin ride? You know, that endorphin pat on the back your animal brain gives you and says: well done, we didn’t get eaten.


Friends and work-mates have been curious as to why I’ve decided to do it. No, I didn’t mention this blog, I said it was after doing some writing for a mate, that someone suggested it. Partly true….. 😉 The good news is that with the kindness of friends, family and people I’ve met along the way, I’ve raised over four hundred quid. Hell, I thought setting the target at one hundred was hopeful. People have, as ever, surprised me…. and in a good way too.

For those of you kind enough to have over a few quid, you may now bask in the feel good vibes. You’d think I’d be used to people laughing at me….. I’m trans, remember? 😉

[ Today’s lyric: The Only Living Boy In New Cross ]