As way of a change, this week I’ve been away on a course. Not the tucked away in a hotel type of thing, but just away from the cut & thrust of the office. This time around it was a change from the technical and on to matters of a team focus. I found the whole thing interesting, but I think that was mainly due to the people I was with (lots of new people for all over the firm) and all the conversational stuff that went on. People swapping stories and life experiences, that type of thing.

Anyhoo, during one coffee break, one attendee  mentioned that she’d been looking to study counselling, but given the travel required (the degree was down south), she decided against it. I asked why and she said she had an interest in CBT and suchlike. We had a bit of a chat about that and I mentioned that I’d been on a CBT course to help fight off the Black Dog. It was interesting to hear her view of the process and during the chat, I noticed another lady’s ears prick up. At a suitable pause, she said “I heard you mention CBT. Did you get anywhere with it?” Cue a few questions and answers from the both of us.

Long and the short of it, this other lady had been battling against depression and as she came out (so to speak) with it, so did a number of things she’d been saying slot into place. Funny, we sort of bonded over that and as she said her issue seemed to be brain chemistry, rather than – and in her words “some deep, dark, terrible secret” I just nodded. I almost said ‘gender issues’ but I’m not sure if that would freak her out and once you’re out, that’s it. There’s no bottling that cliché back up again is there? 🙂

Tonight is Invasion, although time time around (Ed: or do you mean ‘yet again’, Lynn?), I’m not going along. It’s been a busy week, but I’m wary that it bugs the Ever Lovely Mrs Jones and after the week she had at work, it felt a bit iffy going. Instead, I popped out Thursday night to visit Sophie and her house guest, Saffy. After dropping Little Miss off at Granny’s, I snuck into the Centre and got changed. After that, it was a quick jaunt down the motorway to Sophie’s place. I was a little late – as per! – as despite knowing exactly what I’d be wearing, Little Miss wanted just another episode of her favourite DVD before we left. Well, it would be rude to say no, wouldn’t it. 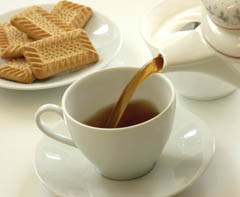 Suitably dressed, I arrived to say hi to Sophie and Saffy. Soph was in Bob Mode which threw me a little, because I pretty much always see her in…umm.. her mode, if that makes any sense. I said hi to Saffy who kindly replied that I wasn’t what she was expecting. What she meant by that – and I’m guessing in a nice way – I’m not sure! 🙂 We all had a good natter, plenty of tea and biccies while we talked (Ed: and talked) about various things. Again, it comes back to the fun of meeting new people and hearing what they’ve got to say. Different paths, different experiences and all that. There was also a spot of boot trying on, although how people where such high heels all night, I’ll never know. Five inch heel plus platform, I’d never need a ladder to do the ceilings at home again. 😉

One thing I did take away from the evening was the casual comment of the idea that we – the trans massive that is – seem to be drifting away from TV or TS. Yeah, I know, labels, labels, labels. 🙂 But stay with me for a mo, what I mean is – and at least from my own limited experience – the trans community seems to be blurring the line so that it’s no longer all about surgery, or all about dressing. We seem to be mixing it up and folk following a path that suits them. Hey, so long as people are happy with their path, who am I to say what’s right or wrong?

[ Today’s lyric: Walk This Way by Aerosmith and Run DMC ]