How’s things? It seems the autumn weather is slowly starting to make itself known. There’s a little edge of the morning or lunchtime walk: do I or don’t I take the brolly with me? Plus, those warm mornings are gradually slipping away, not that you came here for a weather forecast 😉 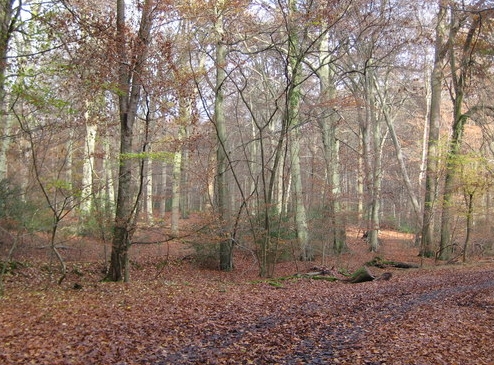 Funny, even as a kid I found September as a bit of a turning point. It seemed to mark the change between the school holidays and the summer itself. It was – and indeed still is for me – a case that there’s something different in the air. Perhaps it’s just a change in the temperature, but I feel there’s more to it than that. Personally, I like autumn… and I don’t just mean the fashions and run up to Xmas – much as that is rather fab. No, it’s that it’s cooler, but not too cold and it’s not yet the bleakness of winter. To me, autumn is full of promise and excitement. There’s Halloween, Bonfire Night, Xmas Parties, etc. There are walks to be had, and nuts & wild fruits to collect if you’re that way inclined. The idea of good food that’s freely available really appeals to me for some reason! Apples, chestnuts, blackberries, etc. That reminds me, I did snaffle a bag full of sloes the other day. They’ve gone into a bottle of gin, which is blending nicely in the dark under the sink. I won’t be knocking it back though, it’s a present for my folks.

From a trans point of view, I prefer the autumn fashions too. Winter you seem to be trying to keep warm, as no matter what you wear, the icy wind finds a way to cut in. Spring? It’s that awkward too cold/too hot/too windy mish-mash of a season. Oh, and you can never buy a coat because summer bikinis are in the shops :-). So back to dear old autuym: there’s the whole boots, thick tights, pretty skirt and nice scarf routine. You also don’t have to worry about the heat or exposing your pasty whites to the sun. The only thing to watch out for are the gusts of wind. Luckily, it’s never been so windy I’ve felt my wig will fly off. 🙂

In other news, I finally got my finger out over employment matters. Firstly, I’ve spotted a new job that I like the look of. Secondly, I thought I’d give writing another go and this time I’ve sent a piece in to an Internet trans magazine. I guess it remains to be seen how the latter goes, but I’ll keep you posted. As to the job, well, there’s the whole CV sorting and interview process to go through yet. I won’t hear about that until much later in the month. I’ve also got concerns about the impact moving job will have. Not just the social worries about leaving my workmates behind, but also how switching to another firm could impact my family life. Luckily, my current employer is very family friendly, so dropping the nippers at school isn’t an issue. I hope it’ll be the same attitude at the other place too.

Why the move? I seem to be in the same department, in the same role and at the same grade as I was when I started. The only thing that’s really changed is the technology and we’ve got a few new faces in the team. Other than that, it’s all pretty much more of the same. I’ve tried for promotion a few times and I’ve applyed for internal training courses, but I guess I’m not making the grade. I think the last opportunity was about four months ago and having failed at that; that makes three strikes now. Despite my ‘ever hopeful’ attitude, I think it may well be the time to start thinking of moving on. It’s not like I am desperate to leave, but as the Ever Lovely Mrs Jones points out, best to start looking before you get fed up, as you never know what you might find. So, I saw this job on-line and thought, why not? I’ve sent off my details and we’ll see what the Fates have in mind!

After chatting with the firm in question, I did wonder about the interview. A little part of me wondered what it would be like to go to an interview in Lynn mode. It was more a joke thought than anything serious and then I wondered, what if that was really the case? I’m sure there are some people who do have to make the decision and how much scarier must that be? Then again, if you’re facing strangers, is that easier than facing people you’ve worked with for years as Bob? There is a thought and I doubt it’s a situation that’ll come up…. well, not unless I bump into some workmates (past or present) while at Chams or otherwise. 😀

In other news, there’s a Do down in Leicester later in the month and after checking with the Ever Lovely Mrs Jones, it looks like this Cinders shall go to the ball. I’ll probably be late mind you, but then punctuality has never been one of my strong points. 🙂 Oh, and while there was no Chameleons this week, I did have an email from a beautician who’d like to pop along. She also mentioned that some friends who run a jewellery business may come too. Fingers crossed it’ll be worth it.

[ Today’s lyric: Mowgli’s Road by Marina and the Diamonds ]